What we should expect from the PNP's control of local government 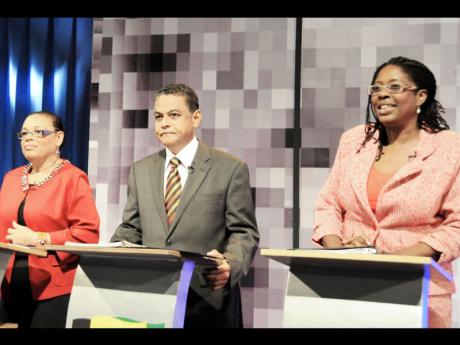 WHAT SHOULD we expect of the governing People's National Party (PNP's) control of local government? In last Monday's local government election, the party took all councils except Trelawny where there was a 4:4 tie with the Jamaica Labour Party (JLP) and, happily, one independent winning a division.

Many people, myself included, have felt that the re-establishment of a full ministry of local government by this administration after its downgrade to a department by the last administration was a retrogressive, anti-reform step. The minister, Noel Arscott (who I thought was quite effective - even impressive - in the first-time local government election debate) assures us in his manifesto message: "It is not by chance that one of the first actions of our party president and prime minister … (was) the re-establishment of a ministry of local government, coupled with community development. Among our first tasks will be the promulgation of legislation to enshrine and entrench local government into the Jamaican Constitution." The minister continues: "Our menu of initiatives will include … the devolution of authority to the parish councils, the entrenchment of local government in the constitution, continuing the local government-reform process, [and] improving the services managed by local authorities."

The party says it is committed to: "A better division of labour between the central and local spheres of government, in which ministries/agencies focus on national, international and macro issues - such as policy making, planning and establishment of national standards, strategies and priorities, while local … issues are dealt with at the local level."

The PNP is also committed to, "Improvement in the quality, cost-efficiency and responsiveness of local services and regulatory functions delivered or performed by local authorities."

There is to be enshrined in the Constitution provision for a "single unified service encompassing all public officers employed in the services of local authorities under a Local Government Services Commission. Local authorities shall have power to make by-laws and/or regulations for the good governance of their areas of jurisdiction. And the 'Public Service', as defined by the Constitution, is to include service to a local authority which will help strengthen the often criticised administrative capacity of the Cinderella councils.

The functions of the councils, and this requires the most careful lay out, will be divided between core functions placed within the Constitution, functions assigned by Parliament, and functions "requested by citizens and/or adopted by the local authority which do not conflict with [the] Constitution or any other law."

One of the most serious handicaps to the efficiency and performance of the councils has been the lack of financing. The PNP lists as one of its achievements for local government reform pushing down grants from central government to local government from 90 per cent to less than 40 per cent while creating alternative independent revenue streams, seven of which are set out in the manifesto. Good but not far enough. Central government has a Road Maintenance Fund (RMF) which is fed by a special consumption tax on gasolene. Councils have responsibility for parochial roads. Portions of the RMF should be directed to them as revenue earned, not grant given, and which cannot be tampered with. There is no reason why fixed proportions of the GCT should not also be transferred to councils.

Everybody wants local government to be an instrument of 'development'. The Comrade Leader told party celebrants of the electoral sweep last Monday night, "Local government is critical to the development of Jamaica. Local government is critical to community renewal and community development." But it is hard to see the responsibilities and mechanisms for this. The manifesto section on 'The Role of Local Authorities in Expanding the Economy at the Local Levels' is two pitiful, under-developed paragraphs. The section on 'Business Improvement Districts' fills up all of two lines and a little bit. But "Local authorities will...be empowered to spearhead the formulation of Local Sustainable Development Plans and promote/facilitate...development within their local jurisdictions ... ." The buzzwords are neatly in.

At the very least, 'development' must mean improving the economic status of the council area and the social quality of life of the people of the area. Land is one of the fundamental resources of development. Portions of Crown lands should be transferred to councils for development use.

Councils manage public beaches (badly, more often than not) but have no control over next door beachfront land used for tourism. How come?

Why can't councils use differential property tax rates, set by each of them, not central government, to attract investors from outside, to incentivise productive use, and to punish idleness of property? Why can't councils establish industrial parks for rent and lease?

The towns of Jamaica, the parish capitals, generally, leading the way, are a disgrace, as far as the management of urban space is concerned. Central government has an Urban Development Corporation, which has never had the capacity for anything but very selective urban development. Why shouldn't local government councils assume full responsibility for urban renewal and development, except for a few projects of strategic national significance like international airports, seaports or national stadiums?

Why shouldn't local government councils control heritage sites and tourist attractions within their area and compete for business as the states do in the United States and the provinces in Canada, for example, although we are not federal?

Can you imagine what could happen for economic development if the parishes could compete for business and investment and push their own niches in ways that central government in Kingston never could? For one thing, local services to citizens would be dragged up.

The two political parties which have alternated in forming central government and dominating local government in the 50 years of Independence, and before, have endorsed the local government-reform agenda which was arrived at by broad and deep consultation over the years. A third of eligible electors, last Monday, has overwhelmingly endorsed, on behalf of all citizens, the People's National Party for actualising that agenda. The party, controlling both central and local government, in this the 50th year of Independence, must be spurred by all appropriate means to run wid it. And in this the minority party in both spheres of government has an important role to play.

Martin Henry is a communications consultant. Send comments to columns@gleanerjm.com