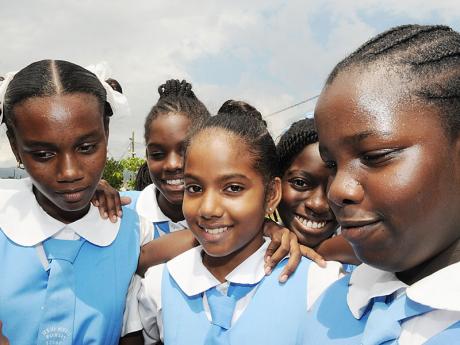 THE GRADE Six Achievement Test (GSAT) is held once annually for students from the primary-education system as a selection procedure to determine to which secondary schools students from the grade-six primary level should be assigned to continue their education. The exam is to ensure students are assigned according to academic merit, not wealth, nor any other form of influence.

This looks like a rational procedure, but there are very serious problems, especially from the point of view of parents/caregivers.

The GSAT is not a once-a-year problem. It is an insidious problem for the great majority of parents and caregivers, almost daily. This agitation occurs particularly with those responsible for nine and 10-year-old students approaching the dreaded GSAT exams that is taken at age 11. The heavy burden of homework in preparation for GSAT is occupying from two or three hours. This is a prime grievance.

The consequence of the excessive homework burden falls on the parent/caregiver who either responds by giving full assistance to the student, or fails to respond, leaving the student to take on the responsibility alone. Obviously, the degree of assistance received will markedly improve the success of the student. Although this is a desirable relationship between parents and children, the first part of the problem starts here:

Few parents have the time or skills to deal with such extensive homework programmes which require teaching skills, or an ability to deal with the tedium of the assignments. Most children of parents who experience these parental problems usually do not do well, and parents, in their frustration, have poor relationship with such children who they cannot help.

Parents are befuddled by the expanse of the curriculum, which exceeds their own school experience. Unnecessary material has been added to the primary-school curriculum that will be, more or less, repeated at the secondary level and should be postponed to that time. Check the natural science curriculum in primary and preparatory schools to see how unnecessarily deep the curriculum extends. This problem is not in the sciences alone. It is totally unnecessary for children in grade four to be required to know the names of all the prime ministers in the CARICOM region.

The curriculum needs to be lightened and homework limited to one hour, or maximum an hour and a half, to give children time to learn to socialise with friends, an equally important skill. Parents will then moreso enjoy their children, exhibiting more love and less exasperation and hostility. What this means is a complete review of the primary-education curriculum. Relaxing the stringencies would enable more students to accomplish more, and GSAT to be more acceptable.

This would be the end of the discussion on ameliorating the burden of the GSAT without doing violence to the need for knowledge. But there is one remaining grievous, lurking problem which has not been openly spoken about.

A shroud remains over GSAT placement of students. This is a problem which would be readily identifiable as rooted in the class system but, in fact, is more a matter of intense parental ambition.

The middle class, which is already steeped in the value of education, and the striving working class, which is more recently coming to recognise this value, have one factor in common - they both have strong ambitions to see their children lift themselves successfully up the educational ladder. This has both social and economic consequences as a strong driving force. They want their children to learn more so they can earn more and grow in status. Hence, ensuring access to good schools, which can give their children a better chance of reaching their full potential, is paramount to them.

But there is a paradox, 'goodschools', in common parlance, mean 'brand-name' secondary schools, which is a popular description of what is known as 'traditional' schools. There are some 20 such schools. Are there enough places in these choice schools to accommodate the children of parents who consider this the only chance for a good education? That is why they struggle with unreasonable homework duties based on illogical curriculum demands. Parents and caregivers will go to the extreme to avoid a demotion of their children arising from GSAT placements.

This raises another problem, which is even more grievous. The middle class is expanding exponentially. Every graduate from university enters the middle class. Pressure is building for a higher quota of places for fee-paying preparatory school students. The build-up of the expectation of finding sufficient places in the 20 traditional schools is clearly saying that more space is required with the credentials to attract these students. Such schools, however, take time to build their reputations. This calls for early attention and timely action. This is the only way to prepare a smooth transfer from primary to secondary schools with enough places to satisfy the range of needs parents will expect.

Remember, in the early pre- and post-Independence period, this same problem had to be tackled. But the grievance then was poor children getting into secondary schools. This was dealt with by a massive project to double the secondary-school system. The increase of an expansion of secondary schools which will give more access to children of the poor continues as a normal part of education policy. The need for adequate space in schools which satisfy the education potential of middle-class students is foremost in the minds of parents who know the value of a good education and are not likely to settle for less.

The GSAT is literally revealing the shortfall as an early warning. We can only ignore the future education of the burgeoning middle class at the peril of adding one more dangerous grievance to the education system.