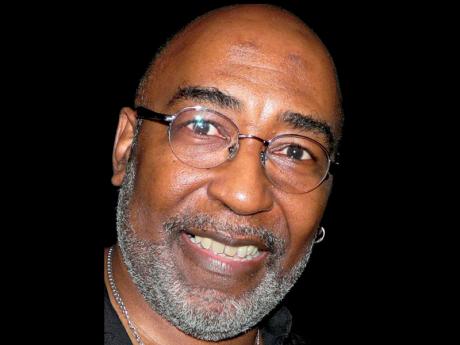 'Christians have a ready and easy answer:

Humans are made in the image of God and are God's children. They possess dignity because they are created in a special category and have hierarchy over animals that are made to serve our interests. We are unique among creatures. But Hilaire Sobers, human-rights activist and an atheist, can't make that assertion.'

IT SEEMS absolutely grotesque and unforgivably crude and insensitive to ask why we should be more alarmed, perturbed and outraged at the killing of any human being, any woman, any young person than we would be about the killing of Mas Joe's cow or miss Agatha's hog. I might be slaughtered for even raising that 'totally ridiculous', 'damn foolish', 'waste-of-valuable-newsprint-space' type of question.

Which would be a perfect illustration of my point: The fact that we have so taken for granted that humans are on a supremely higher plane than cows and hogs, and there can be no decent comparison between them in terms of rights and dignity. But on what basis do we assert that? On what basis do we justify our outrage over the 'senseless killing' of a human being and not the senseless killing of dogs and cats? Yes, (stop cursing!) on what basis?

The Christians have a ready and easy answer: Humans are made in the image of God and are God's children. They possess dignity because they are created in a special category and have hierarchy over animals that are made to serve our interests. We are unique among creatures.

no dominion for athEIsts

But Hilaire Sobers, human-rights activist and an atheist, can't make that assertion. He has to accede to the wisdom of Darwinian science, which has completely shattered this view of humans being in any special category. Darwinianism postulates that we are inextricably part of nature, have one common source and are merely another species of animals. There is no room in Darwinian science for any transcendental place for humans above animals and the rest of nature. While Christians can and have asserted that humans were created to have dominion over nature, evolutionists are repelled by that notion.

The Universal Declaration of Human Rights (UDHR), adopted in 1948, refers to "the inherent dignity ... of all members of the human family". Article 1 asserts that "all members of the human family are born free and equal in dignity". The International Covenant on Civil and Political Rights and the International Covenant on Economic, Social and Cultural Rights also refer to this matter of "inherent dignity" of humans. In 1986, the United Nations General Assembly adopted a resolution which stipulated that a human right is "derived from the inherent dignity and worth of the human person". Now, on what is that based? Who says every human life has dignity and worth?

Thomas Hardy's words in 1910 still ring poignantly today: "Few people seem to perceive as fully as yet that the most far-reaching consequence of the establishment of the common origin of species is ethical; that it logically involves a readjustment of altruistic morals by enlarging, as a necessity of rightness, the application of what has been called 'the Golden Rule' from the arena of mere mankind to that of the whole animal kingdom."

And in his disturbing and provocative 2010 book Darwin, God and the Meaning of Life: How Evolutionary Theory Undermines Everything You Thought You Knew, atheist and evolutionist Professor Steve Stewart-Williams says : "The doctrine of human dignity has its historical roots in the anthropocentric, pre-Darwinian view of the universe. The image-of-God thesis is the idea that we and we alone were created in the image of God and have an immortal soul and that this is a fundamental difference between humans and all other animals that justifies a fundamental difference in how we treat all humans vs all other animals ... Evolutionary theory undermines (this)".

The other view, too, that rationality somehow confers some special status on us, has been blown away. There are animals which are highly intelligent. Ah, but you say, "They have no will". But, again, science has undermined this notion of free will and the prominent new atheist Sam Harris has just published his latest book Free-will (2012) in which he dismisses free will as a myth. Evolutionary psychology is replete with studies showing that humans don't have free will. (Besides, there is a long philosophical tradition which makes a similar assertion). Notions of free will and a special rationality endowed in humans are pre-Enlightenment, religious notions, which the Enlightenment, in chipping away at religion, did not get to early.

There are many atheists who have not yet come to understand the implications of their philosophical premises.

The attempt to maintain special human rights-rights which homo sapiens possess uniquely as rights holders - is a philosophically unsustainable one. In his refreshingly honest chapter, 'Uprooting the Doctrine of Human Dignity', Stewart-Williams says: "Although the doctrine of human dignity has its origins in the religious conception of mankind, it has woven its tendrils into our secular codes of ethics. It is implicit in the ethical beliefs of many who doubt or even reject the various religious accounts of human origins. Thus, even though we in the West live in a semi-post-Christian world in which the image-of-God thesis and the rationality thesis are widely dismissed, the ethical attitudes they inspired linger on. But what happens to these attitudes when we really get to grips with the fact that the foundations of our traditional morality have eroded?"

That is the question all atheists and agnostics, especially those who are passionate human-rights activists, like my friend Hilaire, have to ask. To be consistent they have to be, equally, animal-rights activists and vegetarians.

Secularists who say humans are special because of their intelligence, rationality or will (those who still hold that ancient view) have to say why mentally retarded, mentally ill people are still rights holders. Do some humans, who might have a lower level of intelligence than some highly intelligent animals (like chimpanzees), still have some special status because of their species? Is racism and sexism any worse than species-ism?

And those of you lobbying for gay rights and gay liberation, what about animal rights and animal liberation? This is no joke - or any attempt to belittle human rights (which is another response which betrays the implicit and deep-seated bias and prejudice for our species and against what evolutionists would call 'the other animals'.)

Is euthanasia, various forms of mercy-killing and suicide inherently immoral acts? How could they be if there is no God, no immortal soul, no special essence which humans have over other creatures? At least, we are not reluctant about killing unborn babies! Even the great non-Christian philosopher Immanuel Kant said humans were ends in themselves, while animals were means to an end.

Says Stewart-Williams: "With the corrective lens of evolutionary theory, the view that human life is infinitely valuable suddenly seems like a vast and unjustified over-valuation of human life." For the atheist, this human-supremacist view turns out to be no more justifiable than the white-supremacist and male-supremacist view. We must remember that when those goodly framers of the American constitution spoke of human rights, they had no sense of being contradictory or hypocritical when they denied those rights to blacks and women - the same way Hilaire and others are not writing blistering articles about how many animals are being killed (60 billion in 2009, incidentally).

Jamaicans for Justice is not issuing statements on how many dead dogs we see on the roads, how policemen randomly kill dogs in inner cities, and how the Jamaican elite shoots birds for its own pleasure (at home and abroad, I might add!). Hilaire and other human-rights activists don't get wound up over that stuff. Why not?

By the way, the animal-rights movement is growing and attracting serious attention from governments. See an eye-opening essay in the March/April issue of the prestigious Foreign Affairs magazine, 'The Globalisation of Animal Welfare', which shows where the struggle is today. Apart from the issue of animal rights, atheists have also for long seen the consequences of the absence of God.

The great existentialist philosopher Friedrich Nietzsche wrote in Thus Spake Zarathustra: "The masses blink and say 'We are all equal ... man is but man before God - we are all equal. Before God But now this God has died'. As Dostoevsky said, If God does not exist then all things are permissible".

Glenn Tinder is on point when he writes in Can We Be Good Without God? The Political Meaning of Christianity: "Many would like to think there are no consequences - that we can continue treasuring the life and welfare and the civil rights ... of every person without believing in a God who renders such attitudes and conduct compelling. Nietzsche shows we cannot. We cannot give up the Christian God ... and go on as before."

Now, note what I am not saying: I am not making the foolish point that atheists can't be moral persons and that one needs religion to be good. That's nonsense. Indeed, there is an abundance of research which shows that secular societies do far better in societal health than religious ones. Scandinavia, Japan and Western Europe exhibit far more societal health and adjustment than America, the most religious-advanced democracy.

Atheist and social scientist Gregory Paul, in a biting essay in the Journal of Religion and Society (Vol. 7, 2005) titled, 'Cross-National Correlations of Quantifiable Social Health with Popular Religiosity and Secularism in Prosperous Democracies', drew on an international survey of 23,000 in 17 democracies to demonstrate that, "In general, higher rates of belief in and worship of a Creator correlate with higher rates of homicide, juvenile and early mortality, STD-infection rates, teen pregnancy and abortion in the prosperous democracies".

He concluded that empirical data in "the non-religious democracies contradict the dictum that society cannot enjoy good conditions unless most citizens believe in a moral creator. The widely held view that a godless citizenry must experience societal disaster is therefore refuted". And there is a fascinating book which builds on that thesis, Sociology Professor Phil Zuckerman's Society Without God: What the Least Religious Nations Tell us About Contentment.

People can be good without God. The more important question is, are they still, living off the religious heritage?

Ian Boyne is a veteran journalist. Send comments to columns@gleanerjm.com.