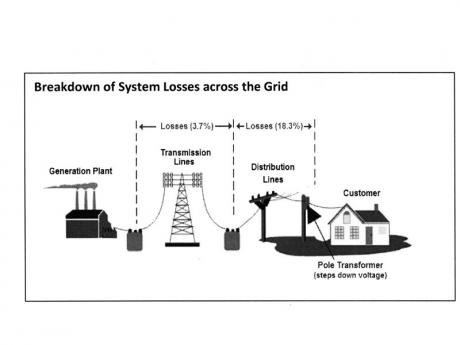 OVER THE last 12 months, Jamaicans have seen the price of electricity increase by approximately 20 per cent. Last month, the average household paid a little more than 40 US cents per kWh and, for the typical business customer, the price was only slightly lower. The concern for residential customers is how to make ends meet when the share of electricity payment in their overall monthly expenditure is so large. Business customers are no better off. Many struggle with the question of how best to survive with uncompetitive prices in an increasingly competitive global environment.

One thing for sure is that high electricity prices now make the option of self-generation attractive. Why buy energy from the Jamaica Public Service (JPS) when you are able to produce it more cheaply? For instance, estimates of the cost of producing electricity using photovoltaic (solar) cells range between 18 to 22 US cents per kWh. This is something the average residential consumer can do. In addition, a couple of large industrial users of electricity figure that they can generate electricity using conventional technologies at a lower cost than the price paid to JPS. And, at least on the surface, it makes sense, since they would not be burdened with the transmission and distribution costs, plus the associated line losses.

One drawback of using photo-voltaic cells to generate electricity is that it is a renewable energy source. As such, electricity is available when nature permits it or, in this case, when the sun is shining. Therefore, to get 24-hour, uninterrupted electricity service means one out of two things. First, the power would have to be stored in batteries during the day for use when the sun is not shining. But the cost of batteries could substantially increase the cost of self-generation. Alternatively, the excess power generated from the photovoltaic cells in the day could be sold to JPS and the customer could buy electricity from the power grid to meet his needs in the night.

The good news is that recent changes in regulatory policy now allow for net billing under a standard-offer contract. Electricity consumers with small self-generation facilities can now sell excess power to JPS, albeit at a lower price than what they would buy it from the power company for.

Another change in the regulatory framework which gives consumers burdened by high energy prices greater flexibility is the introduction of electricity wheeling. Following a renegotiation of JPS licences last August, the regulatory framework was amended to allow self-generators to pay a charge to JPS for the service of moving power from one location to another on the grid. However, the transportation of power or wheeling is restricted to the person or company generating the electricity. Under the current regulations, the sale of electricity is not allowed between two or more entities. Therefore, a self-generator, for instance, producing energy for his agro-processing plant in Spanish Town could send power to his office in Montego Bay.

There is a sense among Jamaicans that JPS is indifferent to the price of electricity, provided its profit remains high. Consequently, the view is not infrequently expressed that the only way to tackle high electricity prices is to break the JPS monopoly.

High electricity prices stifle the economy by reducing investment in the domestic economy, making domestic goods expensive and reducing the quality of life of the average Jamaican. It makes Jamaica-produced goods and services less competitive internationally and reduces the attractiveness of the island to foreign investors. Wheeling, limited as it is in the Jamaican context, is a first step to a more competitive electricity market.

In the early 1990s, wheeling was introduced in California as a way of promoting economic development. The price of electricity is high in California when compared to other states in the USA. Consequently, the state was faced with the challenge of businesses fleeing to other states with lower prices. Furthermore, there was the threat that potential investors would rule the state out when deciding where to locate their businesses.

The introduction of Federal wheeling legislation in 1992 changed the competitive dynamics. Businesses were able to remain in California and benefit from cheaper-priced electricity wheeled in from other states. Competition of this sort forces the dominant utility to reconsider its position and pushes it to higher levels of efficiency. It also allows greater scope for creativity within the economy as it relates to novel approaches in setting electricity tariffs, opportunities for strategic alliances among businesses, and the reconfiguration of business models.

Currently, for every 100kWh of electric power that JPS puts on the electricity grid, only 78 get billed. This is because of overall losses on the grid amount to approximately 22 per cent. Most of the losses that JPS registers take place on its distribution circuits (see figure above). These circuits carry energy at relatively low voltage levels to the small businesses and residential consumers and subject to both technical losses as well as theft.

Transmission circuits, on the other hand, move energy at high voltage levels across the grid and are not vulnerable to theft. At present, transmission losses on the all-island grid are approximately 3.7 per cent, compared to 18.3 per cent on the distribution circuits. Consequently, if a relatively large self-generator wheels power from one point to another using only the transmission circuit, he will receive at least 96.3kWh from every 100kWh he puts on the grid.

A real danger is the charging of high wheeling rates by the utility to discourage self-generation. For example, in West Bengal, India, the wheeling charge is two per cent of the cost of power wheeled, while in Uttar Pradesh (another state in India) the charge is unreasonably set at 15 per cent. In this regard, there is need for alertness on the part of customers, and regulatory astuteness from those with responsibility to ensure that competition is not stifled by JPS. Without this alertness of customers and astuteness of the regulatory authorities, these first steps towards more competitive electricity markets could be thwarted.

Drawback to JPS of wheeling

In so far as wheeling is concerned, the biggest potential drawback from the perspective of JPS is the problem of stranded investments. This refers to the fact that if there is an exodus of large electricity users from the grid, less of JPS's plant would be utilised to provide service. Under the existing regulatory framework, JPS is allowed to charge prices to recover the cost of its investment, which is only reasonable. Consequently, customers who remain on the grid could potentially face higher electricity rates if JPS experiences a reduction in demand. Offsetting this concern, however, is the potential that would be created for improved competitiveness of Jamaican enterprises benefiting from lower electricity costs, the possibility of increased employment, and an overall expansion in the demand for electricity as the economy expands.

The recent changes in the regulatory framework for electricity to accommodate net billing and wheeling create an opportunity for self-generators to pursue lower electricity costs. For every opportunity, there is usually a threat, and benefits are seldom without costs. Admittedly, the changes to the regulatory framework are conservative. However, they represent a gateway to greater competition.

The Office of Utilities Regulation is therefore urged to move expeditiously towards the establishment of appropriate wheeling structures and, more important, businesses should creatively exploit this opening to their advantage.

Contributed by the Energy Think Tank, University of the West Indies, Mona.