No English, no vote? 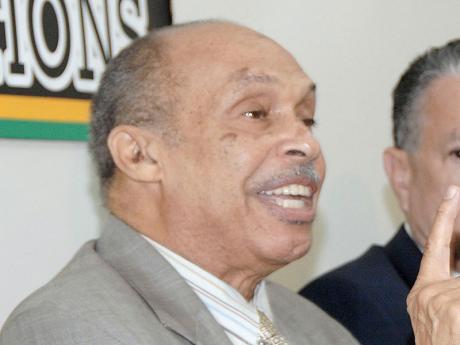 Professor Errol Miller, the chairman of the Electoral Commission of Jamaica (ECJ), made a startling declaration in a national broadcast on television two days prior to the December 29, 2011 general election in Jamaica. He stated, "Use standard English in addressing each elector." He justified this with the statement, "English is the official language of the country and election day is an official event and occasion." The issue was very quickly picked up by the social media on the Internet and then by Radio Jamaica (RJR).

The following evening, Professor Miller appeared on RJR's Beyond the Headlines to justify the official directive he had given to election day workers at polling stations. In defence of his position, he said that this directive was nothing new and had been in place for several previous elections. The reason he gave for the directive was that, at the time of some previous election, there had been complaints that electors had objected to being addressed in Jamaican (Creole/Patois). They felt that being addressed in this way was patronising, degrading and discriminatory. He argued further that all Jamaicans understood English, even if they could not speak it. In order to ensure equality of treatment, therefore, election workers were under instruction to use standard English to all.

Let us examine the foundations on which the position of Professor Miller and the ECJ is based. Is it true that all Jamaicans understand English? One would hope that the position of the ECJ on such an important issue would take advantage of the research work available on this question. Public policy on language should be well thought out, and based on the best available information.

The work of Denise Smalling, done several years ago on the comprehension of English by Jamaicans, suggests that those with minimal education may understand less than 50 per cent of radio news items broadcast in English. Misunderstandings and misinterpretations are numerous.

Let us look at Section 36 of the Representation of the People Act, titled 'Mode of Taking Ballot in Special Cases', which outlines the voting procedure for the blind and "otherwise incapacitated". Subsection 3 requires that such a person be administered an oath. The wording of that oath is, "You swear that you are incapable of voting without assistance by reason of physical incapacity". Are Prof Miller and the ECJ confident that any Jamaican could understand the language of that oath? If they are, how about the Oath of Qualification which may be administered to persons seeking to vote whose personal details do not fully match those on the official list of electors. According to Schedule 2, Form No. 20 of the act, the presiding officer has to make such an elector swear, among other things, "... that you are not within any of the classes of persons who lack qualification or are disqualified by reason of crime, mental capacity or disfranchisement for corrupt or illegal practices; and ... that you have not received anything nor has anything been promised to you directly or indirectly in order to induce you to vote or to refrain from voting at this election". Common sense would suggest that a presiding officer, in seeking to administer such an oath, replete with technical and legal jargon, as well as complex language structures, use any means at his or her disposal, Jamaican included, to ensure that the person taking the oath understands fully what they are swearing to.

Against the examples just provided, one would think that it might be better to allow the electoral officers to use whatever language is appropriate to ensure that the elector understands. That would be in keeping with the Fundamental Rights (Additional Provisions) (Interim) Act which states, "Every person shall have the right to vote and to participate in free and fair elections".

Prof Miller also made the argument that, in the past, people had complained about being addressed in the Jamaican language by electoral officials. Given that he stated this directive has been in place for several elections, the complaints must have preceded these. That would suggest that the complaints may have been made more than a decade ago.

The National Language Attitude Survey of Jamaica, done in 2005, indicates that 70 per cent of people interviewed felt that if the minister of finance were to address Parliament in the Jamaican language, it would be interpreted by them as an attempt to communicate with them effectively, rather than as an effort to talk down to, or patronise them. Even granted that some people complained at previous elections about being addressed in the Jamaican language, what about the many others who were so addressed, but did not complain, and perhaps found the language choice appropriate and helpful? Don't they too have rights?

On the question of English being the official language required on an official occasion such as election day, the directive is even more puzzling. English is the official language of Jamaica by custom and practice. There is no legislation declaring it to be so. The only point in the Constitution of Jamaica where language is mentioned is in relation to Criminal Justice System under the section on Fundamental Rights and Freedoms, Chapter 3. When a citizen has charges laid against them by the police, or is arrested and detained, the reasons for such actions, according to the constitution, should be explained to such a person "in a language he understands". In court, if an accused is unable to understand the English language, he or she is entitled to an interpreter. There is no occasion that is more official than the arrest and charging of a person in the name of the State, and the subsequent proceedings of the courts. Yet, the Constitution provides for the use of languages other than English to ensure that justice is available to accused persons. Why would a provision for ensuring full understanding by individuals caught up in the legal system not also apply in the course of the citizen selecting the government of his or her choice?

What about the need to ensure equality of treatment? When disabled persons in wheelchairs are confronted with stairs rather than ramps, they are being treated equally with those who can walk. This represents equality of treatment. However, this does not represent equality of outcome. One wants the person in the wheelchair to get to another floor in a building. The individual who can walk simply climb the stairs. The person in the wheelchair cannot. Therefore, the outcome is that, although treated equally by being confronted with a flight of stairs, the walking person gets up to the next floor and the one in wheelchair does not. To achieve equality of outcome, there has to be discrimination in the treatment the two people get. The walking person gets a flight of stairs, and the one in the wheel chair gets a ramp. This represents discriminatory treatment but equality of outcome. It is the equality of outcome that any practice on election day by officers of the Electoral Office should be trying to achieve. Every elector, irrespective of their familiarity with the English language, should get an equal chance to exercise their franchise. For some, the appropriate language medium for advising them of their rights and the electoral processes is English. For others, the appropriate language would be Jamaican. This represents inequality in the way people are treated linguistically, but equality of outcome. Everyone would be able to exercise their franchise irrespective of which of the two languages they understand best.

Thank goodness, at least some of the Electoral Office officials at polling stations had the good sense to ignore the directive from Prof Miller and the ECJ. Carolyn Cooper, in her Gleaner column of January1, 2012, states that she went to her polling station, addressed all the officers in Jamaican, and they all answered appropriately in that language. This is a triumph of good sense over poorly conceived language policy.

The whole debacle surrounding the directive from the ECJ could have been prevented. Had the Charter of Rights to the Jamaican Constitution, Chapter 3, included the freedom from discrimination on the ground of language, this poorly conceived policy of the ECJ could not have surfaced. The rights of people in Jamaica who speak Jamaican as their only language to elect the government of their choice would not have been threatened. This article calls on the Parliament of Jamaica to pass an amendment to the Charter of Rights to protect Jamaicans from 'discrimination on the ground of language' by public bodies and public officers. Professor Miller and the ECJ, over to you!

Hubert Devonish is professor of Linguistics Dept of Language, Linguistics and Philosophy The University of the West Indies. Send comments to columns@gleanerjm.com.