We need a fresh start - Vaz 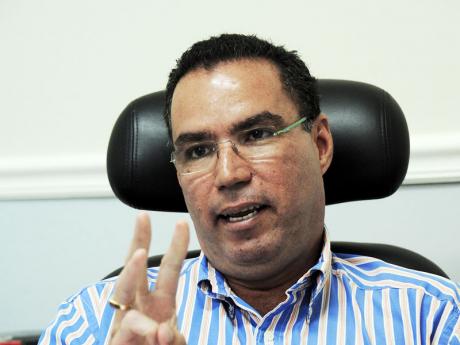 After leading the JLP to two successive devastating electoral defeats, Holness has come under some pressure, but Vaz believes the 39-year-old should be allowed to continue in the job.

However, Vaz, the West Portland MP, says Holness has to act immediately to convince the JLP and Jamaica that he has the cojones for the job.

"That is something that he has to clearly show and define within the next three to six months," Vaz told The Sunday Gleaner in a recent interview.

"The party leader now has the chance to show true leadership by taking the tough decisions, as the electorate has clearly indicated that we need a fresh start with new faces," added Vaz.

He argued that Holness will have this short window to convince Jamaicans that he can take the JLP from where it is, in the doldrums, and to make it a viable alternative to the governing People's National Party (PNP).

According to Vaz, Holness, who has led the JLP for some six months, can act without constantly looking over his shoulders, as the possible challengers for the leadership of the party have been severely weakened, if not mortally wounded, based on the results of the last two elections.

"And this is why I say to the leader that he is beholden to no one and he must act in the best interest of Bustamante's party," said Vaz.

The former key cabinet minister in the JLP administration told The Sunday Gleaner that while he is willing to give 110 per cent to improve the fortunes of the party, he wants to concentrate on Portland and will not be interested in any leadership position for the next year.

"Representation in Parliament is what gives a party the chance to form the government, and as an MP, only the people can move me. So I would say to my ambitious colleagues that they should concentrate on servicing their constituencies rather than pushing for party positions," said Vaz.

He was one of only three first-time JLP MPs to retain their seats in the 2011 general election. The others were Marisa Dalrymple-Philibert and Gregory Mair.

Six other first-time MPs, including deputy leader Dr Christopher Tufton and deputy chairman Robert Montague, failed in their bid to be elected a second time.

"We have to take note that despite the devastating losses for the JLP, the PNP received a fraction of support from the electorate, and we have to convince the population that we have heard their voices and have made the necessary changes that they have demanded.

"My personal advice to my leader is that the buck stops with him, and while consensus is good, he has to take the party by the scruff of the neck and shake it up, as things cannot get worse for us and he is not beholden to any faction or individual in the JLP, as they have all failed him."

Vaz argued that Holness should not shoulder all the blame for the extent of party's two losses at the polls as other officers assisted in the decision-making process.

He charged that while it is easy to blame the party's secretariat and the party leader for the poor performance in the two elections the entire leadership - "the leader, the chairman, the general secretary, the deputy leaders and the Area Council chairmen - should all share the blame".

"I am calling on my colleagues in the JLP - the young, the old, the ambitious and the egotistic - to look into themselves and do what is best for the party to make the transition it needs to be ready to face an election in five years or under," said Vaz.