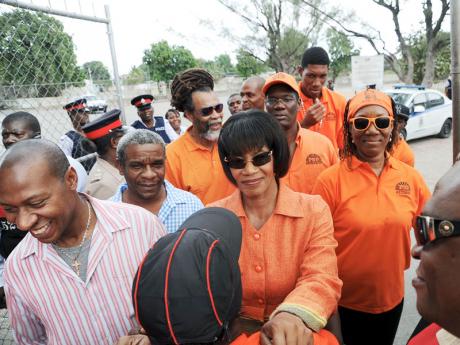 Days after delivering another devastating political beating to the Jamaica Labour Party (JLP), the governing People's National Party (PNP) says there is no magic or no success potion that has led to its recent success in the polls.

According to the PNP, a tried, tested, and proven success strategy is responsible for its victories in the general and local government elections.

"There is no magic. No victory potion. No formula. As a political organisation, we have always taken seriously what our beloved and late founder N.W. Manley always said, 'organise, organise, organise', and we in the PNP are always in a state of organising. That is what has been responsible for our success," said PNP Chairman Robert Pickersgill.

With a 2-1 majority in the House of Representatives and PNP mayors in every municipal body, Pickersgill said the party has delivered on its campaign promise, through to 'tun up di ting' on the JLP.

"This legacy of organising is one we take seriously. As a result, if we are defeated we go into appraisal mode and we also take the findings seriously. That is what happened after the 2007 (general election) loss, and having taken the advice, we begin our consultations, we hit the ground and you would have seen the successful national conference we have had even in opposition," Pickersgill remarked.

He told The Sunday Gleaner that the party had well-known and seasoned political campaigners among its arsenal of strategists.

Among them was the winningest prime minister in Jamaica, P.J. Patterson, who led the PNP to victories in the 1993, 1997 and 2002 general elections.

"We are good. We are very good by ourselves, but we were aided too by the JLP. It must have been miserable to have been in their shoes in the last two years of government. So we had help," said Pickersgill.

According to the PNP chairman, the JLP's mishandling of the extradition request for Christopher 'Dudus' Coke strengthened the PNP's hand in the lead-up to the 2011 general election.

But Pickersgill said the PNP played its part by ensuring the early selection of national and local representatives, never postponing a National Executive Council, meeting and ensuring that regional executive council meetings, constituency conferences and divisional conferences were held no matter the size of the crowd.

Pickersgill said if he was to name a formula for the recent victories it would be: "A united PNP, backed by the often-unexplainable political magnetism of Portia Simpson Miller. But I would say unity makes us an unbeatable force."

"We have had some very popular political leaders in our history. There was Busta (National Hero Sir Alexander Bustamante, JLP founder); Michael Manley, P.J. Patterson. Then comes Portia. She has no equal in popularity polls," argued Pickersgill.