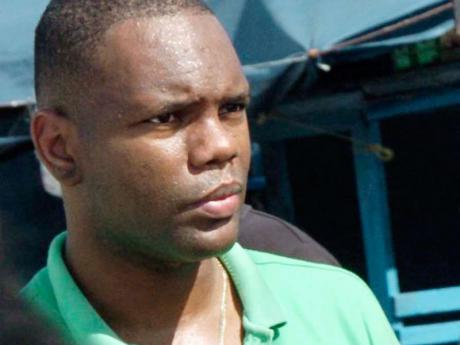 STRESSING THE need to rebrand and re-image the Jamaica Labour Party (JLP), its leader, Andrew Holiness, says a radical shake-up of the secretariat is necessary.

The secretariat is led by general secretary Aundre Franklin, who Holness said has an image issue.

According to Holness, one of the party's deputy leaders, James Robertson, will also have to work on his public image.

"James, like Aundre Franklin, is a long-standing member of the party. He came up through the ranks, has strong links with the base of the party, but again, personality wise, there have also been issues and there have been questions raised," said Holness.

Robertson, the member of parliament for Western St Thomas, was forced to resign from the Cabinet after his visitor's visa to the United States was revoked.

Robertson also faced damning accusations from a St Thomas man, Ian Johnson, who has fled to to United States.

"James, in my view, needs to address those issues and deal with them frontally. He is a deputy leader of the party and political parties, when they come to select their leaders and deputy leaders, would make a decision as to whether they want to keep James or not. That's not a decision for me," Holness told The Sunday Gleaner.

"But what I would say, there needs to be, not just with James, but generally with the party, a rebuilding of our public image," said Holness.

to return as deputy leader

If Robertson is to be returned as deputy leader of Area Council 2, comprising the parishes of St Thomas, Portland, St Mary and St Catherine, he must secure the votes of the majority of the delegates.

Holness said he would not seek to attempt to tell the delegates how to vote when that time come.

"Now is the time for a total evaluation of everything. ... I would say here is where the party wants to go, you go and make your decision as to who are the best people to carry us in that direction."

In the meantime, Holness, in speaking of the secretariat, said it must have the relevant persons to guide the affairs of the party.

Asked by The Sunday Gleaner if he has confidence in Franklin to continue as general secretary, Holness said people should not underestimate the young organiser.

But while acknowledging that Franklin has organisational pedigree as well as a formidable support, Holiness said his general secretary has some issues.

"Everybody knows that Aundre's personality is one where if you don't know Aundre, you would say that Aundre might be a little bit abrasive. It is something that we have talked about frankly," Holiness said.

"The party has to now look very carefully at not just the general secretary but the secretariat as a whole. What is it that you want to achieve and then you place the persons there to achieve it," the leader said.

According to Holness, the central executive members must consider the candidates carefully for certain skills.

For Holness, the members of the secretariat to take the party forward should be politically savvy and have conflict-resolution skills.

He said the Central Executive members will have to look to see "who are the people who are amenable to the public, who can manage the press, who can convey a message, persons in whom the public has confidence".

But Holness was quick to note that the issues at the secretariat he is seeking to address are "not just about Aundre Franklin".

"Aundre in some ways has had criticisms levelled at him; some are true, some may be unfair ... being that he would be in a situation of (a) fractured party not being able to carry everybody together. And some of those fractures still remain."

Holness said he believes the Central Executive members are rational and they are "thinking as how I am thinking about how to create a new secretariat that will inure confidence in the Jamaican people."

"I have persons in mind, but I would not say that publicly here," Holness said, when asked who would be his pick for general secretary.