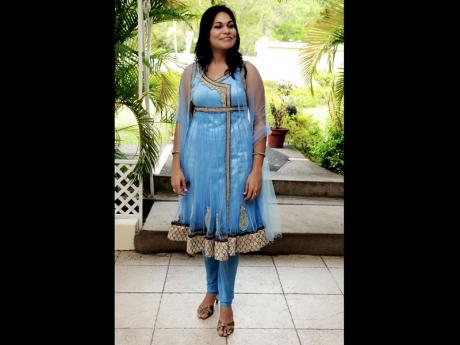 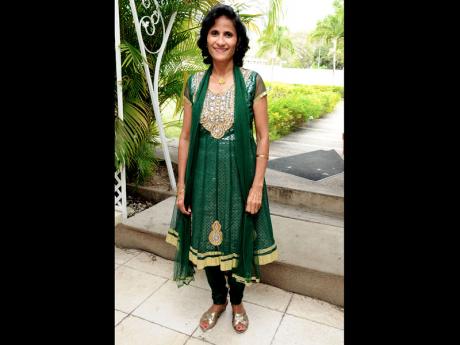 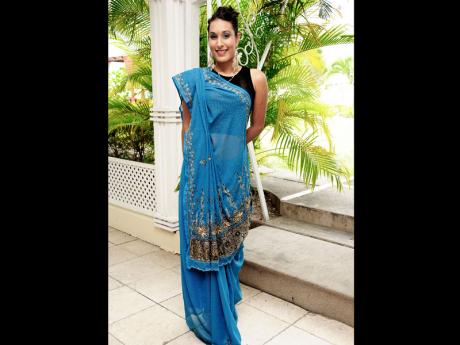 Nalini Jagnarine was kept busy all afternoon into night! 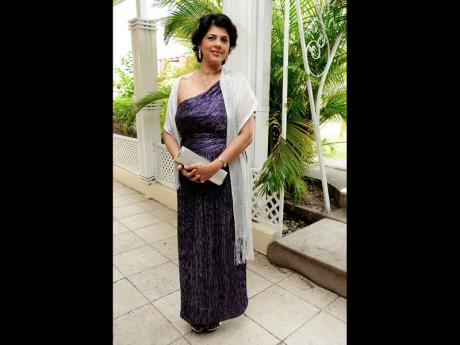 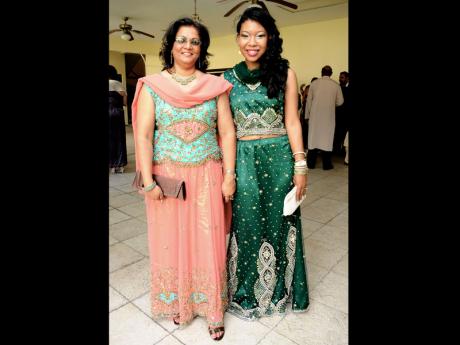 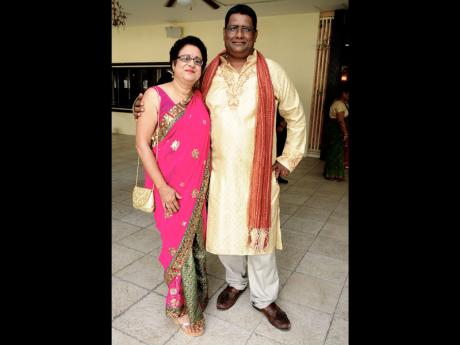 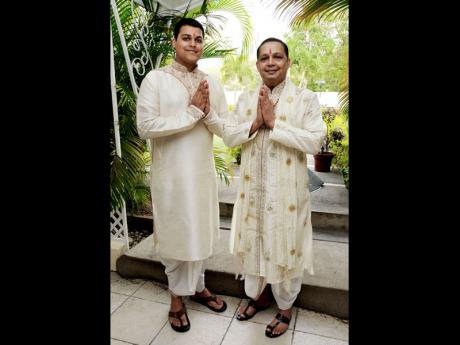 Pandit Nar Chowbay (right) and his son Pandit Ravi Chowbay who flew in from Atlanta, Georgia for the ceremony. 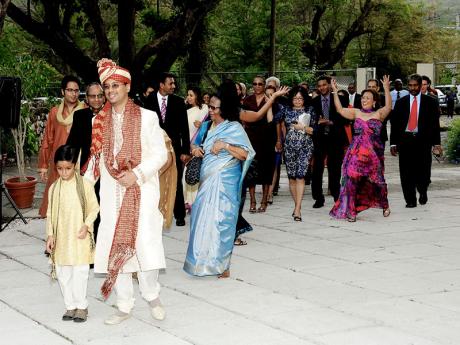 The groom Jayant Thakur is followed by family, friends and guests as he goes to meet his bride.- photos by Winston Sill/Freelance Photographer 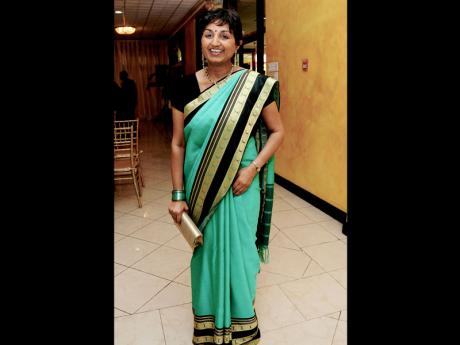 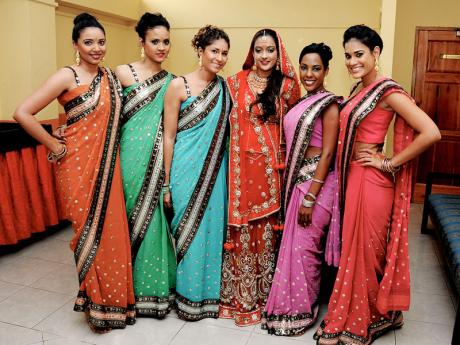 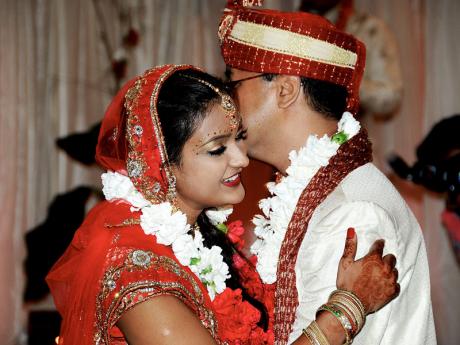 Jayant Thakur and his bride Shanti Badaloo are captured in a loving embrace. 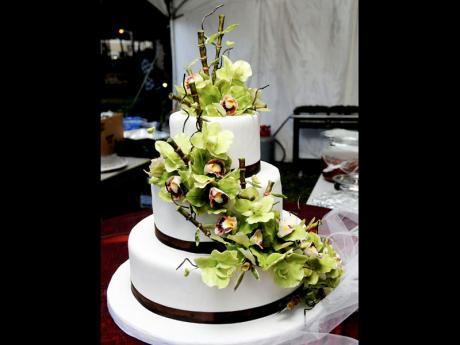 Saturday, March 24 was a very special day for the Thakur and Badaloo families. It was the day when their children Jayant Thakur and Shanti Badaloo were united in the traditional Hindu Vivah Sanskar ceremony. The venue for this memorable occasion was the Gold Room of Mona Visitors' Lodge, followed by a reception on the lawns of the same property, on the Mona campus of the University of the West Indies in St Andrew.

The ceremony was performed by a father-and-son duo who flew into the island from Atlanta, Georgia. They were Pandit Nar Chowbay and Pandit Ravi Chowbay. Prior to the ceremony, both laid out the offerings and other items to prepare the mandap. Meanwhile, guests arrived, the women in elaborately embroidered saris and salwar kameze suits in the latest designs, and the men in Indian-inspired pant suits. The colours were bold, the jewellery exquisite and the moments were exciting and anticipatory.

The excitement reached a climax when the sound of drums heralded the groom's arrival. The father of the bride, along with her male relatives and the pandits, went to meet him even as members of his family and guests marched behind him, cheering him on and dancing to the music. There were loud cheers, hugs and kisses as both groups met and everyone surrounded him, took pictures, shook hands and offered congratulations as some of the items (rice, flowers, petals), were scattered in the air and placed in his hands before blessings were offered. Some items were scattered on the ground, liquid was sprinkled and more prayers said.

The procession entered the building and the mothers of the bride and groom joined in greeting and welcoming him. The parties proceeded to the ceremonial area barefooted where the groom's new mother-in-law also performed some rituals, her henna-painted hands moving deftly.

The bride and her attendants eagerly awaited her mysterious entry. She is a lawyer and he is a computer analyst. But, as traditional as the Hindu ceremony was, theirs was not an arranged marriage. She told Outlook that although both families have known each other a long time, they only met eight years ago and took time to get to know each other.

Meanwhile, her father and brother waited outside the Gold Room, and after she entered, her brother took her hand and presented her to be wed. For the procession up the aisle, two members of the bridal party led the way, shielding her behind a screen. Halfway up the aisle, the screen became a covering above her head as she walked beneath it the rest of the way. There were more cheers as the guests saw the radiant bride in a red embroidered sari, designed in India and bought in New York for the occasion.

When her parents placed her hands in those of her groom, she then got their permission to sit next to him. Offerings were made to various 'gods' representing prosperity, happiness, and light. The tying of her sari to his shawl symbolising 'tying the knot', was performed by the groom's sister. The vows, prayers and chants were led by the pandits who offered blessings. The couple also circled the altar and took the traditional seven steps in the same direction, making a commitment to live together for seven lifetimes.

Rings were also exchanged and, when the ceremony ended, the couple was greeted by everyone present.