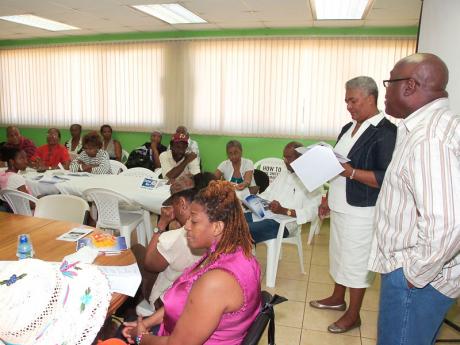 Olympian Usain Bolt emerged the winner for the second time in a row of the Highest Individual Donor Award with $3M, and Victoria Mutual Building Society, copped the Highest Corporate Donor Award with $14M. The objectives of the 2012 campaign are based on a theme of achievement and thanksgiving in keeping with Jamaica's 50th anniversary celebrations.

Dr Morgan told the gathering, "Whatever the mind can perceive, it can achieve." With this in mind, the agreed 2012 campaign target is $150M. The organisation, in response to this drive, would be targeting 5,000 new converts to the Work Place Philanthropy programme/ employee giving.

Volunteers and media partners were fêted and entertained by the nostalgic sounds of a fellow volunteer, Lloyd Lovindeer. Gifts sponsored by several organisations were also awarded to the volunteers.

Established in 1987, United Way of Jamaica has, over the years, disbursed over one billion dollars to projects such as the early-childhood initiatives, skills training and various disaster projects, both here and abroad, including Hurricane Ivan and the earthquake-relief programme in Haiti.