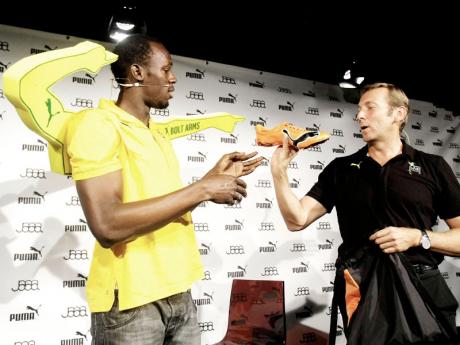 To say Puma's chairman, Jochen Zeitz has led a colourful and interesting life is an understatement. In a mere 49 years, he has accomplished what it takes many others a lifetime to do. And he is not done yet.

He is co-author of the book Prayer, Profit and Principles, a linguist who speaks six languages including Swahili; he's a pilot, chief executive officer, sports enthusiast/talent scout and the only non-American to hold a spot on the board of the Harley Davidson Corporation.

Describing himself as the 'black sheep' of his family, he said he is the only member not to follow in the centuries-old tradition to become a doctor. But that's not such a bad decision considering his chosen path led him to become chief executive officer of PUMA at the tender age of 29! PUMA holds number three spot in the sportswear-making business right behind Nike and Adidas.

Zeitz attended the European Business School of Oestrich-Winkel. In 1986, he graduated with a degree in international marketing and finance, which he earned studying in Germany, France, and the United States of America.

After beginning his professional career with Colgate-Palmolive in New York and Hamburg, Zeitz joined PUMA in 1990. In 1993, he was appointed chief executive officer and chairman of the board of management. At the age of 30, Zeitz became the youngest chairman in German history to head a company listed on the German Stock Exchange.

Zeitz has spearheaded and held primary responsibility for the worldwide restructuring of PUMA, which was in financial difficulties at the time. He reached the first major milestone within his first year as CEO, when PUMA delivered its first profitable performance since 1986, posting consolidated sales of €210 million. In 2008, PUMA generated annual sales growth for the 14th time in a row reaching €350 million and consolidated sales of €2.5 billion. The share price gained around 4,000 per cent in 13 years, from €8.6 in 1993 to an all-time high of €350 in April 2007.

Recently in Jamaica, last Friday he addressed a captive audience at the Wyndham Kingston hotel, during a conversation with a wide cross section of the sporting and business fraternity hosted by the National Commercial Bank. He also watched the annual ISSA/GraceKennedy Boys and Girls' Championships at the National Stadium. Zeitz spoke exclusively with The Sunday Gleaner on a number of subjects. He has been coming to the championships for some 10 years and regards the country as home, but he particularly loves the excitement and enthusiasm of the inter-secondary championships

Comparing the excitement of our Champs to that of Germany's Bundesliga, Zeitz said: "I can't put it into words, I have not seen that level of energy, passion and competition anywhere else," explaining what it means for him to be inside the National Stadium for Champs. He enjoys seeing the platform from which new athletic talent is unearthed in Jamaica and seeing where it all begins.

But just how did Zeitz turn PUMA around? What were the strategies he employed to achieve such remarkable results? He said he did it by employing a three-pronged approach. He also revealed that it could not have been done without the excellent team that he leads and the PUMA keys of fairness, honesty, positivity and creativity (FHPC).

"I first focused on the financial side of things so that the eight consecutive years of losses could be halted. So we became profitable three months after the restructuring was in place. The second strategy was to reposition PUMA as a sports/lifestyle/fashion brand and the third strategy was a global expansion where we took the brand all over the world."

The process was not without challenges, the biggest of which were elements within the organisation who were not focused on changing the way business was done in the past, but were busy approaching it from a functional perspective rather than as a lifestyle process.

Zeitz said he created the term, 'sports lifestyle' because the industry was too traditional.

So, with that exercise long behind him, what of the future? The PUMA boss wants the brand and company to ultimately be the most desirable and sustainable sports lifestyle brand/company in the world. He also wants to use his Zeitz Foundation established in 2008, as a catalyst to help effect change in the world. The Zeitz Foundation, works in all four corners of the globe with other like-minded enterprises that work towards environmental sustainability while fostering community development and cultural stewardship.

Based in Africa, the foundation is grounded in four principles: conservation, community, culture, commerce (and he added a fifth - collaboration), the latter because this is fundamental to getting things done in unity throughout the world.

Not an impossible goal for a man who had to downsize and restructure the loss-making PUMA at the start. He went from 700 employees to 350 in the initial stages, but today there are 10,000 persons employed throughout the company.

Although not a competitive athlete himself, in his homeland Germany there were football competitions for youngsters and he loved participating. His love for sports having been nurtured at an early age, naturally segues into his present role. Zeitz uses every opportunity to use the PUMA brand to promote football among African and other nations and nurture the talents there from. Not surprisingly, aside from his home teams, he loves teams from African nations.

"I love Africa, in Africa, I can slow down and my soul catches up with me," he told the audience on Friday.

He has also bought land in Kenya where he has a home and is in the process of developing it into a sustainable tourism project that will kick off in August. "My passion has turned into a relaxing business," he said.

But asked whether in light of PUMA's relationship with Jamaica and, given the significance of Usain Bolt to the brand, the company would be expanding its foothold in the Caribbean region, Zeitz said no for the following reasons.

There is already a regional PUMA headquarters in Chile and a Central American office in Panama that services other countries in this region, including Jamaica.

"So logistically, we don't need another office in Jamaica," he said. However, they will continue to support through sponsorships and other assistance, Jamaica's Olympic campaign, the athletic programmes in schools, and track-and-field programmes and partnerships in the Caribbean.

Undoubtedly, PUMA is very happy with its relationship with Jamaica's Olympian Usain Bolt and has also signed Jermaine Gonzales and Ristananna Tracey. Zeitz sees a bright future for Jamaica's athletics programme and regards the mutual relationship as "the perfect symbiotic relationship and as PUMA's opportunity to spread the positives about Jamaica".

"It (the relationship) is here to stay," he declares, "I believe in it because you have the proper infrastructure to condition and develop new talent for years to come."

He noted that over the past 10 years he had seen tremendous improvement and those trends will continue.

"You have a tremendous asset and PUMA regards the relationship as a long-term partnership. Jamaica is carrying this torch globally and so far, it has been great."

And what of the "Bolt factor" in relation to the PUMA brand, how valuable is our fastest man to him?

Zeitz said he has never seen such a charismatic character who symbolises everything the PUMA brand stands for. "It's a perfect fit and we are happy with him."

Recently, it was announced that PUMA has entered into partnership with Cedella Marley, fashion designer and daughter of reggae icon Bob Marley, to create designs for the 2012 Olympic kit. Asked how that collaboration came about, Zeitz said he was put in touch with her after talks with Chris Blackwell.

"It was a logical thing to do; we hit it off, fabrics were selected, designs reviewed and we launched in New York two months ago. The designs are just for Jamaica," he said, obviously enthused.

On the lighter side, he loves bikes that are a great way to see the outdoors. He loves to watch sports and makes time for the gym in order to stay fit. He plays tennis and runs, and even participated in one New York Marathon in three hours 41 minutes!