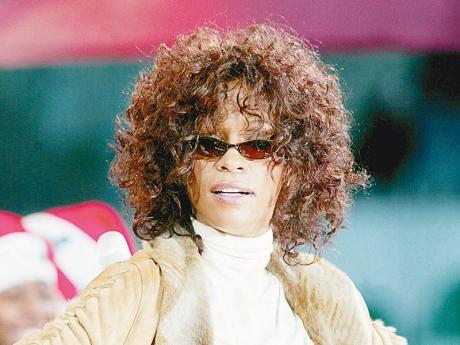 A bustier worn on stage by Whitney Houston fetched $18,750 at an auction of memorabilia from the late pop star's career on Saturday in Beverly Hills.

The sale of 13 items brought in a total of $80,187 from bidders in the gallery, on the phone and online, according to celebrity auctioneer Darren Julien.

Pearl drop earrings worn by Houston in The Bodyguard sold for $2,812, while a vest she sported in the film commanded $3,437.

Other items included a plum velvet dress, which brought $7,500, and a black and gold pants outfit that fetched $2,125.

Interest in collectibles related to Houston has skyrocketed since her death on February 11, Julien said. Most of the items sold Saturday as part of the Hollywood Legends series were provided by the Grammy winner's friends and family in the weeks since she died, he said

"What we have now is all we're going to have from Whitney Houston," he said. "That makes her memorabilia sought after by high-end collectors and fans."

More items, including 30 dresses worn by Houston, will be auctioned off in June as part of Julien's Music Icons series.

Houston drowned in a bathtub at a Beverly Hills hotel on the eve of the Grammy Awards.