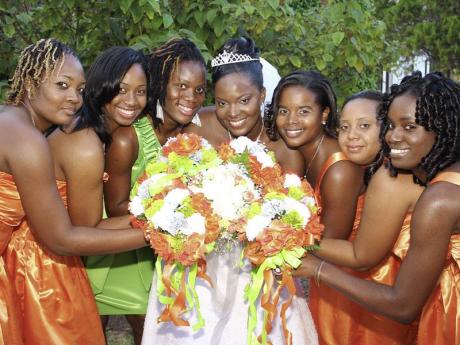 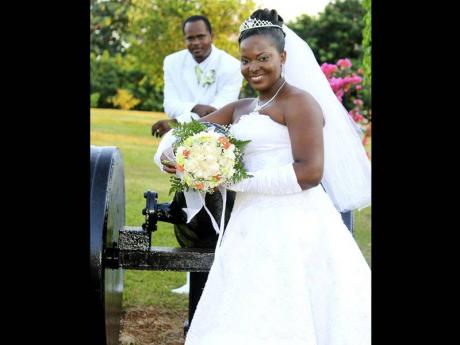 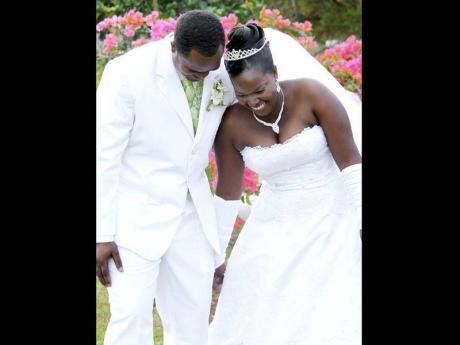 Faetria Reynolds and Rajive Cytall have been together since October 2, 2007. Their friendship culminated when they exchanged vows on December 28, 2011, vowing to spend the rest of their lives together.

They met at The Mico University College, and both admit that it was love at first sight and they were inseparable from the start.

"My wife admitted to becoming attracted to me after watching me 'cook up a storm' in the kitchen while living on campus at college. I certainly was attracted to her too," said Rajive, who got her dad's approval to take his 'little girl' away.

"I see my wife as very loving, caring, amazing, spectacular and simply beautiful inside and out," notes the beaming husband.

For Faetria, her husband is her everything.

They exchanged vows at the Mandeville Baptist Church in Manchester. The ceremony was officiated by the reverends Zereal Williams and Joseph Beaton. The reception followed at Neil's Auditorium, Mandevilla Place, decorated in the wedding's theme colours of orange, lime, apple green and silver.