Pilgrims flock to Jerusalem to remember Jesus' return to city 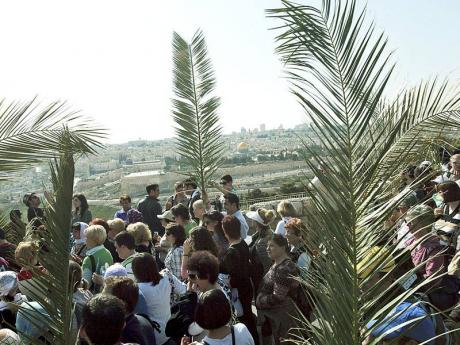 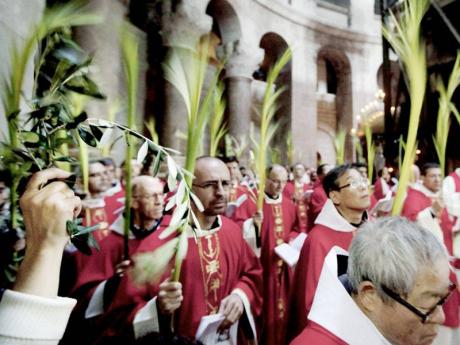 Catholic priests carry palm fronds at Church of the Holy Sepulchre, traditionally believed by many to be the site of the crucifixion and burial of Jesus Christ, in Jerusalem's Old city, yesterday. Palm Sunday marks for Christians, Jesus Christ's entrance into Jerusalem, when his followers laid palm branches in his path, prior to his crucifixion.
1
2

Palm Sunday marks the day Jesus rode into Jerusalem, where he was greeted by cheering crowds bearing palm fronds, according to the Bible.

The day's events began with a mass at the Church of the Holy Sepulcher - revered as the site where Jesus was crucified, buried and resurrected. Several hundred worshippers and clergy lit candles and waved palm fronds in the dark, cavernous church.

"It's the holiest place in the world for Christians and it's important for me to come here at least once in my lifetime," said Etienne Chevremont, 49, a visitor from Paris who attended the Jerusalem Mass.

Later, the faithful marched from the neighbouring Mount of Olives into the Old City behind a white donkey, following Jesus' traditional route from 2,000 years ago.

"For us, it is important to make this experience here, to see where Jesus has lived and to see the situation in the Holy Land," said Hans Hekrig, another pilgrim.

The day marks the start of Holy Week, which ends next Sunday with Easter. Orthodox Christians mark Palm Sunday next week.

Israel's tourism ministry said it expects 125,000 visitors during Holy Week and 300,000 throughout April, when Jews celebrate Passover - a five per cent increase from last year.