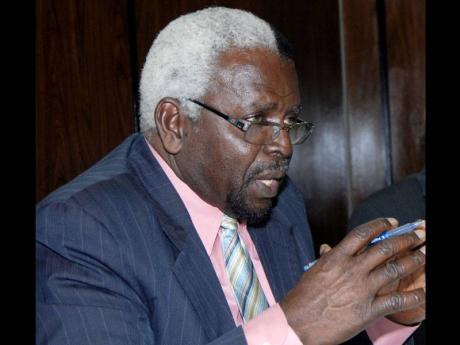 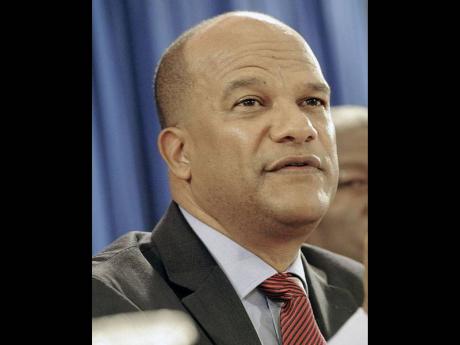 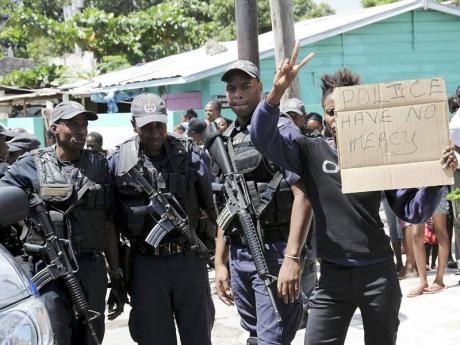 "Insincere!" That was a sotto voce comment made by Dr Peter Phillips, finance minister and member of parliament for East Central St Andrew, last Tuesday when North Central Clarendon representative Pearnel Charles climbed onto his soapbox to talk about crime fighting.

Peter Bunting, the minister of national security, had made a statement to the House about the use of force by the police when Charles spoke.

Bunting told Parliament that the Government was moving towards implementing a system to ensure that the police reduce the number of fatal shootings.

The minister said his ministry would be holding discussions with the Police Service Commission, the Police Civilian Oversight Authority, the Strategic Review Implementation Committee, and the police commissioner to develop appropriate performance-measure targets.

Charles, as has been the case since he has been sitting on the Opposition benches, did not miss the moment to speak, even though, as has often been the case, he was giving off more heat than light.

What nonsense! One wonders if Charles applied critical thinking to his intervention, or it is the case of constipation of thought and diarrhoea of speech. Is it that Charles is quite comfortable with the fact that our police kill more than 250 people per year? Is he saying that the police should not be made to account for their every action?

Bunting, in a refreshing statement to the House, said the police, even when engaged in shoot-outs, should make every effort to preserve the lives of suspects in crimes.

"We have said where there may be gunmen or alleged gunmen in a car or in a building, and you can arrange an operation ... you can wait them out rather than confront them in the building," Bunting said.

Not surprisingly, Charles had a problem with the minister's statement. He wants a crime policy brought to the House so that he can be certain the police are not being made lambs to the slaughter.

"That is why I want a crime policy come here so that we can even have the policemen who have to be out there when we are in our bed. When they have to be fighting gangs that we in this House know around us ... Some that are associated with political parties and we must take (a) stand to demolish those gangs ... move them out, stop supporting them," Charles said.

The Gavel admires the patience demonstrated by Bunting when he responded to the issue. At the same time, we remained baffled as to why the Speaker, Michael Peart, gave so much latitude. Under the Standing Orders of the House, only the opposition spokesman is entitled to make a statement in responding to one made by the minister. All other members are confined to question, and had Peart properly applied the Standing Orders, the House would have been spared Charles' insincere crap.

Bunting, responding to Charles, said: "I am not sure what the suggestion is about putting our police-men and women at risk. Really, the statis-tics for 2012 show that we have no policeman killed in 2012, none in 2011, four in 2010 and one in 2009. ... I don't think the evidence suggest that there is anything that we are asking the police to do that puts them at undue risk."

For us, Bunting has been consistent in the defence of human rights. He led the charge of the then Opposition when they voted against the unjust state of emergency, which gave the police the licence to abuse the use of force and firearms policy.

At that time, Charles, in a sotto voce remark, said the opposition, in voting against the state of emergency, was voting for crime to rise again.

The records will show that Charles just loves to talk, and frankly, The Gavel is waiting for him to trade his soapbox moments for sensible, sincere interventions before his time in the House expires.