No partisan politics for me - MP Smith 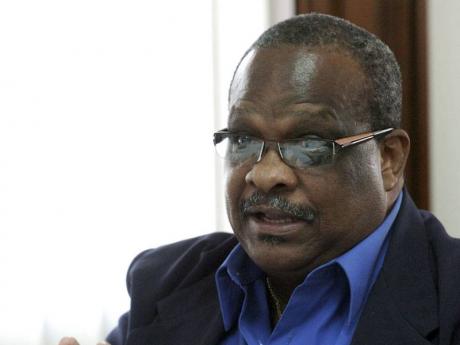 Central St James Member of Parliament Lloyd B. Smith says he will not allow partisan politics to become a way of life in his constituency, which comprises several inner-city communities.

Speaking during the unveiling of the Social Development Commission's (SDC) profiles for St James' Glendevon and North Gully communities last Thursday, Smith said he will be working for all of his constituents not just for the People's National Party (PNP) supporters, despite being elected on the PNP's ticket.

"It is critical that whatever we do for the people or our communities must not be tinged by a partisan outlook," said Smith.

"One of the problems we have had as a people in Jamaica is that over these many years, we tend to see things as either orange or green and never the twain shall meet."

Smith also expressed the view that a community, and by extension a constituency and the wider Jamaica, cannot effectively develop or meet the needs of residents if all attempts at development are politically shaded.

"I want to make it quite clear that as MP, I personally will not tolerate anyone who is doing his or her job in a partisan way," Smith stressed.

"I want to make that clear because some of these communities are polarised in various camps. One of the things we must do is live the word "community, recognising that the last part of the word is unity. Whatever we do must reflect unity."

The SDC's presentation of the profiles for Glendevon and North Gully was held at the Wexford Hotel in Montego Bay, with representatives from both communities, the Peace Management Initiative and the Citizens Security and Justice Programme in attendance.

During the presentation, it was outlined that several key factors will influence development for both communities, of which the most critical are the reduction of youth and adult unemployment, improving residents' skill levels and better representation by elected political leaders.