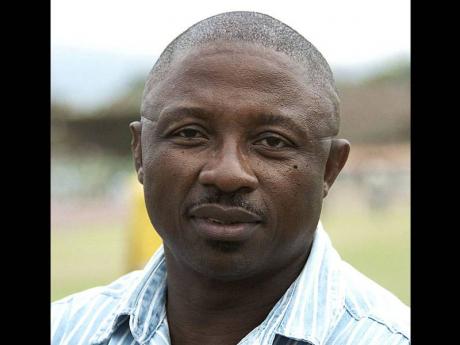 "This is very special for everyone related to Calabar, for it to coincide with winning the Schools' Challenge Quiz is also a fantastic vindication for the challenging series of events that took place over the past few weeks," Calabar's head coach Michael Clarke said on Saturday night after the school won the boys' title at the 2012 ISSA/GraceKennedy Boys and Girls' Championships.

He was a man overcome with emotion, it was the third time that he was engineering a title for the 'Lions' - and his 11th overall following successes at St Jago (one) and Jamaica College (seven). Champs 2012 was a fitting gift for the institution, which is this year celebrating 100 years of existence.

"Its fantastic because of the centenary year for Calabar and we wanted to make this special for the entire Calabar community," Clarke smiled.

Bob Marley and The Wailers' 1976 release Rat Race blared from the speakers inside the National Stadium on Saturday night, cued by Calabar's unexpected win in the 4x400m open; an exclamation mark on a thoroughly deserved title-winning performance at the Inter-Secondary School Sports Association (ISSA)/GraceKennedy Boys and Girls' Athletics Championships.

The tune, a fitting ode to the fierce and hotly contested nature of the championship race that pitted the 'Old Guard' of Calabar, Kingston College and outgoing champions Jamaica College against each other and a humorous spin on a much-publicised rodent problem at the Red Hills Road-based institution several weeks ago.

"It's a mammothachievementto get as many as 287 points in this very competitive era, where there are so many teams with a lot of talent, but it just shows the enormous resilience of Calabar, the coaching staff, management crew; I think we have the best management crew and coaching staff in Jamaica," Clarke asserted.

Calabar's got 287.50 points, 22.5 more than rivals Kingston College who tallied 265, but for large periods of Saturday's final day, it was a much closer race than the final table suggested. Jamaica College were third with 220.50, while Wolmer's (140) and Munro (94) completed the top five.

Despite enjoying a 45-point lead at one point on Saturday, Calabar were left in a spot of discomfort as KC chipped away at the lead, bringing it within 15 at one stage; nervous moments for Clarke and his charges, who have suffered heartbreak before; the 1.5 point loss in 2009, constantly playing on the coach's mind during the KC onslaught.

"I often wondered if fate would come back to cheat me again because I have lost some very close ones, had some very powerful teams and for reasons that cannot be explained, that happened, but learning from the experiences of the past, we had to put that behind us and deal with the realities that were in front of us here," Clarke admitted before paying homage to his team and the entire support staff.

"This is simply fantastic, thanks to all my boys, I love them all," Clarke beamed shortly after being hoisted in the air and carried around the track by members of the team.

"We won this because of the overall effort and the support of individuals ... the entire staff came together to make this happen. It was not a singular effort from myself by no stretch of the imagination," Clarke continued.

When asked about his celebration plans, Clarke offered: "I will celebrate by reflecting on the couple days that went by, how I could have made it better and start the planning for next year."s

The 22nd title has been secured but there is little time for jubilation as Clarke, more than most is fully aware, that next year will bring even greater challenges.