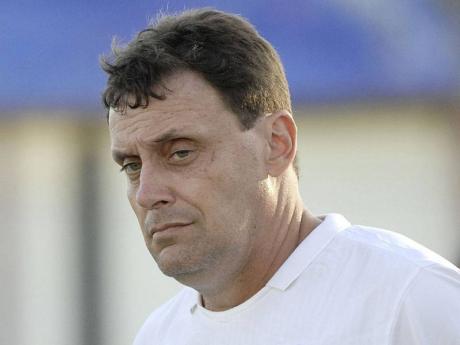 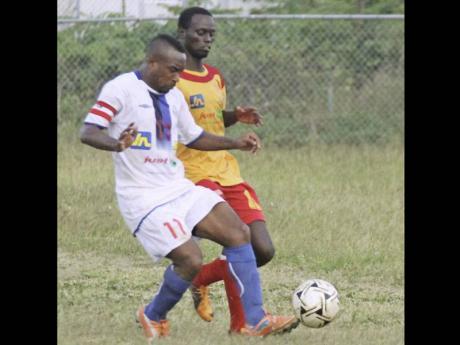 Montego Bay United came close but in the end missed out on a coveted spot in the Red Stripe Premier League's top six yesterday despite a 2-1 win over Arnett Gardens at Anthony Spaulding Sports Complex.

A late goal at Brancourt from former champions Harbour View carried them to 46 points, three clear of Montego Bay, and ensured that they secured the final spot. The Stars of the East, Montego Bay and Arnett began the day with ambitions of making the spot their own. However, finding themselves some 18 points clear of the relegation with five games remaining, recently promoted Montego Bay, who ended in seventh position, have very little cause for concern.

Former Arnett youth player Omar Gordon returned to inflict damage on his former team late on, netting in the 83rd minute. Graeme Green had opened the scoring for visitors in the 29th and Jonathan Williams had pulled Arnett level in the 75th minute.

The visiting Montego Bay had looked the more dangerous team in the first half and with nippy spells of position often managed to rip the Arnett back line wide open. Green profited from just such a move to put the visitors in front, collecting the ball just outside the area before cutting inside his marker and firing past Arnett custodian Damion Hyatt.

Leslie St Fleur should have extended the lead from a sweeping counter-attack, but having collected an incisive through pass from Kemiro James lifted his shot on to the crossbar in the 35th minute.

Arentt, however, began the second half with a lot more enterprise and pushed the visitors, who seemed to lose their way, on the back foot. Striker Leon Stickland's close-range effort which came back into play off the unaware custodian Jacomena Barrett typified an improved effort. From another set-piece only a few minutes later Arnett made good on their threat to equalise as Newton Sterling's bullet header from a corner was parried back out on to the boot of Williams, who poked the ball into the back of the net.

"I think we were very solid today, it was a good game and we deserved three points," Montego Bay's coach Neider dos Santos said.

"We closed them down, but their main threat came from set-pieces to Sterling (Newton) who is big, strong and good in the air, we couldn't have done much about the goal. But we had many opportunities and deserved the win."

Arnett Gardens coach Paul Davis was not only disappointed with result but also with his team's showing in the first period.

"We were very lethargic in the first half, the team approached the game almost like a training session," he said.

"The result was disappointing but we just need to win one or two more games, perhaps give some of the younger players a chance."

On 42 points Arnett are eighth but 17 points clear of the relegation zone.

In Falmouth runaway leaders Portmore United ran into an ambush at the Elliston Wakeland Centre and were held to a 2-2 draw by lowly Village United.

Village went ahead in the 30th minute when Ronaldo Rodney shrugged two defenders to slot home.

Portmore replied five minutes later when the wily Alanzo Adlam climbed above Village's defenders to head home a cross. He followed in similar fashion three minutes later to put his team ahead.

The lead was, however, short lived as Village's Cordell Simpson converted a penalty shortly before half-time to level the scores.

Portmore got a glorious chance to win the match in the second half. Adlam outsprinted the Village defence and passed to Ricardo Morris but the latter's tame shot was easily saved.