Mullings too good for Moncrieffe 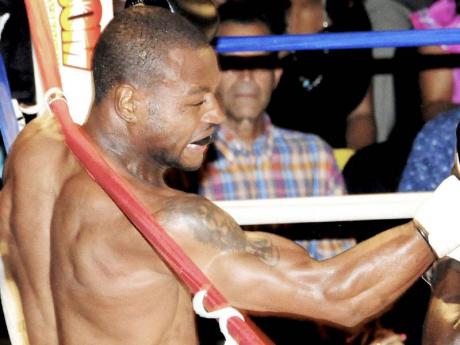 Dubbed 'Mayhem at the YMCA', last Saturday night's Commonwealth Boxing Council Zonal Middleweight title fight between champion Sakima Mullings and challenger Devon 'Concrete' Moncrieffe, lived up to its billing. It was non-stop action for the duration of the fight, as both boxers waged a war of attrition that left spectators hoarse from cheering and at the end, Mullings walked away with a majority decision.

Although the fight was competitive, and every round was close, Mullings was able to win by a wide margin on two of the scorecards of the judges. Keith Brown and Clifford Brown scored it 99-91 for him, while Luke Irons had it 97-93 for Moncrieffe.

As the fight started, it was obvious that both men meant business. They were methodical and watchful, and for two minutes, it was like a chess game as they sized each other up. The champion had the edge, however, as he scored with jabs that landed to the head and body, while making himself a difficult target for Moncrieffe.

In the second round, they both stepped up the pace, with Moncrieffe concentrating on throwing his jabs. The third round also saw an appreciable quickening of the tempo of the fight as both men attacked vigorously. Moncrieffe landed a devastating left hook to Mullings' head, which hurt him, but he fought back defiantly. A furious exchange of punches then took place and both men were still swinging at each other, with the crowd going wild, when the bell rang. Referee Barrington Graham had to step in to call a halt.

The intensity continued into the next round and then into the fifth and sixth, with Mullings always keeping a step ahead of his opponent. Mayhem broke loose in the seventh round, as both men threw caution to the wind. They exchanged left jabs and right hooks and Mullings used an occasional uppercut to hurt his opponent.

Mullings allowed himself to be manoeuvred into the ropes on several occasions, however, and his many fans only breathed a sigh of relief when he extricated himself. The fair-sized crowd really enjoyed this round and they went wild near the end of the round and kept cheering even after it ended.

He used smarter tactics in the eighth and won valuable points, primarily with his jabs. In the ninth round, both men threw everything at each other. Moncrieffe was put back on his heels a few times, but he never faltered and kept the pressure on his opponent right to the end of the fight.

When it was announced that Mullings had retained his title, his fans broke out into wild applause. Moncrieffe was also applauded for a fine perfor-mance and he has vowed to return soon.

In the preliminary bouts, Anthony Osbourne, who is a perennial loser turned the tables on Ricardo Planter with a unanimous decision in a six- rounder and Rudolph Hedge and Martin Anderson fought to a draw over four rounds.