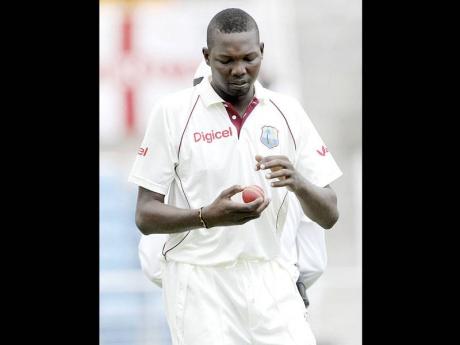 A ruthless Barbados crushed arch-rivals Trinidad and Tobago by 227 runs inside three days yesterday, to storm into the final of the Regional Four-Day Championship.

For the second time in as many days, Barbados produced a clinical bowling performance to send T&T tumbling for 128 all out, after the hosts had been set a challenging 356 for victory at Queen's Park Oval.

Discarded West Indies spinner Sulieman Benn claimed four for 35 while seamer Javon Searles picked up three for 22, to earn Barbados victory with an hour still left in the day's play.

Benn, surprisingly not voted Man-of-the-Match, finished with match figures of nine for 63.

Earlier, Barbados added exactly 100 runs before being dismissed for 216 in their second innings, after resuming the day on 116 for five.

They were carried by Jonathan Carter who converted his overnight 38 into 52 and all-rounder Carlos Brathwaite who stroked an exciting unbeaten 45 off 68 balls with three fours and two sixes.

Unlike the first innings, T&T got a steady start from openers Adrian Barath (18) and Justin Guillen (18) who posted 34 for the first wicket.

The right-handed Barath, warming up for next week's first Test against Australia, collected three boundaries in one over from fast bowler Tino Best before edging Benn to Shamarh Brooks at slip.

Eight runs later, Benn struck again removing Guillen to a catch at leg gully by Kyle Hope, as T&T slid to 42 for two.

Rookie Marlon Barclay and the out-of-form Darren Bravo then set about repairing the innings in a 37-run, third wicket stand.

The left-handed Barclay hit 33 off 63 balls with five fours but Bravo endured no such enterprise as his run of low scores continued.

He had made just seven from 41 deliveries when he was bowled off-stump by Searles to be one of three wickets to fall to the tall pacer in the space of just five runs.

Searles also removed Aneil Kanhai caught behind by wicketkeeper Shane Dowrich for two with the score on 82 and then claimed captain Denesh Ramdin without scoring for the second time in the match to a diving catch at mid-wicket by captain Kirk Edwards, at 84 for five.

When Barclay was leg before wicket a run later, the writing was on the wall for T&T but Rayad Emrit, who finished 31 not out, and wicketkeeper/batsman Gibran Mohammed (5) put on 28 for the seventh wicket to hold up Barbados' rampage.

Once Man-of-the-Match Carlos Brathwaite found Mohammed's outside edge at 112 for seven, however, the last four wickets fell for 16 runs.