Adebayor does it for Spurs 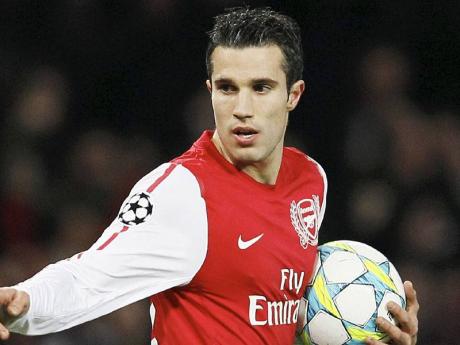 The Togo striker planted home headers in the 73rd and 87th minutes to take his tally for the campaign to 13 and end Spurs' five-match winless run in the league that was jeopardising their hopes of a top-four finish.

With seven matches remaining, Tottenham are behind Arsenal only on a goal difference and five points clear of Chelsea and Newcastle.

"You can't afford to slip up," Spurs manager Harry Redknapp said. "It's going right to the wire. We've got to keep winning and picking up points."

Netherlands playmaker Rafael van der Vaart had given the hosts the lead at White Hart Lane in the 19th minute, only for Iceland midfielder Gylfi Sigurdsson to equalise just before the hour mark for mid-table Swansea with his fifth goal in the last four away games.

Spurs were driven to victory by pacy winger Gareth Bale, who Swansea found impossible to keep in check in the second half, although it needed the cutting edge of Adebayor to see them home to a first league victory in seven weeks.

"When we were able to hit them, we hit them hard and scored the goals we needed to," Bale said. "We hit a little blip, but we feel like we're back now and hopefully heading onto a good run-in towards the end of season."

Bale played a key role in Van der Vaart's opener, speeding down the left wing and sending in a low cross that was only half cleared. Van der Vaart, running in at pace, side-footed home powerfully from 20 metres to give Tottenham a lead they barely deserved.

Sigurdsson has given Swansea an added goal threat from midfield since signing on loan from German team Hoffenheim, and he was left stunned when his superb left-footed effort from 30 metres was tipped onto the post by Spurs goalkeeper Brad Friedel.

Sigurdsson had to wait only nine minutes to get his revenge, running onto a layoff by Wayne Routledge to shoot down into the ground with the ball bouncing into the corner past Friedel's outstretched right hand.

Bale suddenly came into his own, popping up all over the field and allowing his teammates plenty of space to capitalise.

The striker, on loan from Manchester City, made the three points safe by glancing a header in off the far post after substitute Aaron Lennon stood up a fine cross from the right.