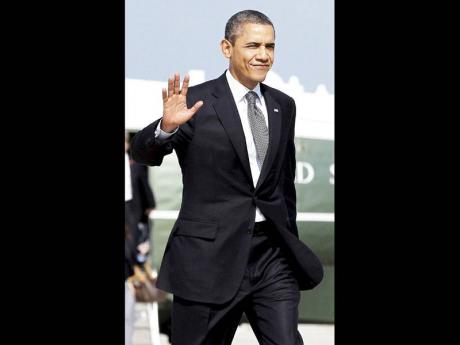 WE HAVE just had the second Nuclear Security Summit in Seoul. It got surprisingly little attention from the international media although 53 countries attended. For the media, nuclear weapons is yesterday's issue because nobody expects a nuclear war. But a nuclear weapon in terrorist hands is the defining nightmare of the post-9/11 decade, and that's what the summit was actually about.

Keeping bomb-grade nuclear material out of the wrong hands requires a high level of international cooperation. Some progress was made on this issue in Seoul, in terms of coordinating police and intelligence operations, but the real problem is that there are far too many nuclear weapons in the world.

What terrorists need is a ready-made bomb, or at least enough highly enriched uranium or plutonium that the only job left is to assemble the bomb. The only plausible source of a terrorist bomb, therefore, is the nuclear weapons programmes of the various states that own them. And the bigger those programmes are, the greater the chance that either a nuclear weapon or a large amount of fissile material will fall into the wrong hands.

Now, it may be true (or it may not) that the United States (US) nuclear weapons establishment is so efficient and experienced that there is little risk of anybody stealing American bombs or fissile material. But American security also depends on everybody else's nuclear establishments being well protected - and this explains why Obama is a strong supporter of the 'Global Zero' project.

No other US president, except Ronald Reagan, has called for a world with zero nuclear weapons. In 1984, Reagan said: "A nuclear war cannot be won and must never be fought. The only value in (the US and the Soviet Union) possessing nuclear weapons is to make sure they will never be used. But then, would it not be better to do away with them entirely?" Obama seems to share the same goal, but his support for Global Zero is more nuanced.

From a high of 65,000 active nuclear weapons in 1985, the world's stock has declined to about 8,000 active warheads now, 95 per cent of them under Russian or American control. There are an additional 14,000 nuclear weapons in storage, all of them Russian or American - and those may be an even greater danger for nuclear terrorism, since they are not under hourly supervision.

So getting the number of active nuclear weapons in American and Russian hands down to 1,000 each, and dismantling all of the 'reserve' and stockpiled weapons, is probably Obama's real goal. The Global Zero rhetoric is mainly useful for bringing the old peace movement along for the ride. (And why would they complain? The essence of any political strategy is finding partners to ride with you at least part of the way to your destination.)

However, to get Russia to sign up to a mere 1,000 nuclear weapons, Obama will have to give up on ballistic missile defence. The Russians are hugely inferior to the Americans militarily by every other measure, so they cherish their nuclear parity. Effective US missile defences, if they could ever be made to work, would fatally undermine that parity.

Of course, they never have been made to work reliably, even though the United States has deployed them in a couple of places. But the Russians have a childlike faith in (or rather, fear of) American technological prowess, so ballistic missile-defence systems have to go.

Abandoning them would involve Obama in an immense battle with the Republican right, and he's not going to start that battle in an election year. But that is what President Obama and Dmitri Medvedev, the outgoing Russian president, were really talking about in Seoul when they were caught on an open mike.

Obama told Medvedev: "On all these issues, but particularly missile defence, this can be solved but it's important for (incoming Russian president Vladimir Putin) to give me space. ... This is my last election. After my election, I have more flexibility." And so he may.

Gwynne Dyer is a London-based independent journalist whose articles are published in 45 countries.