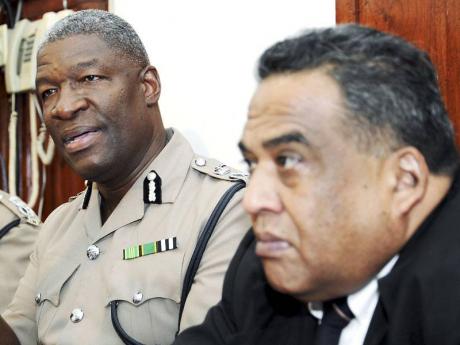 Under pressure for the spate of controversial killings in the last month, the Jamaica Constabulary Force (JCF) and the five groups that represent police personnel have consented to make changes to the existing use-of-force policy.

Police Commissioner Owen Ellington, who made the announcement yesterday, said the changes have been "scripted out and discussed" with the general membership of all the groups and will be incorporated into the firearm and tactical training of all frontline police personnel before the end of this year.

He added: "We are trying to impact the minds of members, their attitude towards the use of force."

Police statistics show that since the start of the year, 56 civilians have been killed in police operations, with more than 28 coming in the month of March.

The changes listed by Ellington included some new measures and a repeat of some that were announced in 2003 by then Commissioner of Police Francis Forbes.

Among the new measures being put in place is a requirement that divisional shift commanders, upon taking up duty, be reminded by police control that they are going to be held accountable for the use of force by the persons under their command.

"We are not removing from the individual officer the need to exercise judgement in the use of force if his life or the life of someone else is in danger," Ellington said. "But we are going to hold the shift commander accountable for ensuring that whenever members are dispatched on any assignment, armed or unarmed, that they are reminded of their obligation to exercise duty of care and that we are holding them accountable for failing to report any observed or apparent excesses."

Among the measures from Forbes' 2003 use-of-force policy directive that was repeated was the need for increased use of non-lethal equipment such as batons and pepper sprays and a requirement that "police officers must identify themselves and give clear warning that they intend to use their firearms" before discharging them.

"They must allow sufficient time for the warning to be observed unless to do so would be inappropriate, pointless or would endanger themselves or members of the public," Forbes directed then.

Ellington, however, insisted that these measures were part of an attempt to change the 'mindset' of police personnel in the line of fire and promote greater use of "less lethal force" among them.

He said warning a criminal suspect to 'drop their weapon and walk away from it' was also part of the attempt to defuse situations.

"You shout loud enough so that the person can hear and others can hear because they may be your witness at some stage that you did in fact try to de-escalate force without the use of deadly force," he explained.

Ellington said the JCF would also insist that any member going on duty on the front line is equipped with less lethal force, as far as is practicable.

"We have deployed some 2,000 pepper sprays to the front line in the last year and we are insisting that they (be) transferred from member to member so that at all times they have that option," he said.