The wonders of White Horses 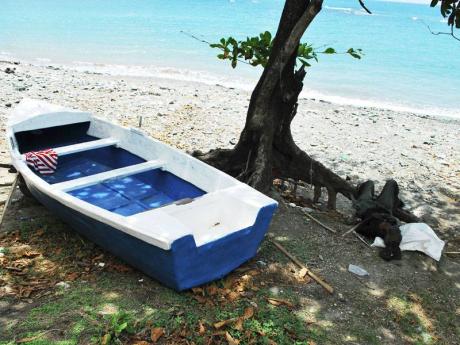 The (as it turns out) sleeping man. 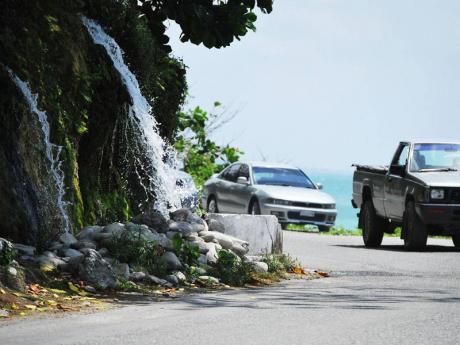 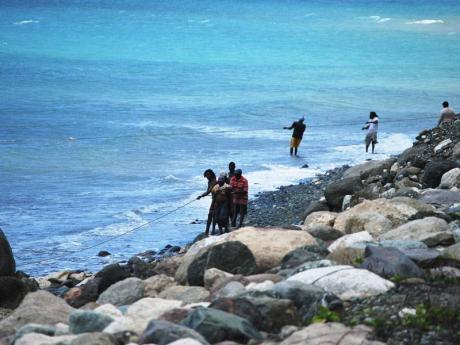 I was almost sure he wasn't dead. Well, it was more fervent hope than actual conviction, but when I came across the elderly fellow laying under a tree near a canoe in White Horse, St Thomas, I was a bit concerned. The sea was nearby and behind us, the roadway. No vehicle had passed in a while. I stared at the man - from a distance - searching for any sign of life. I looked around for someone, anyone who could confirm that this man was still among the living. There was nobody. My first thought, naturally, was to casually walk away like I hadn't seen anything. Dead man? What dead man? But my first steps were made heavy by the guilt of leaving him abandoned in this lowly way. I had to do something.

I inched closer to him. I could now see his face clearly. He must have been close to 70 years old and one eyebrow appeared thicker than the other. His chest was still, so I seriously started considering the possibility that this man was indeed not breathing. I paused for a second. What if someone were to happen upon the scene only to find me lurking close to this lifeless soul? Still, I had to know for sure.

I called out. "Hello!" No answer. I cleared my throat. "Ehm!" Nothing. I reached for a twig and was about to use it to tap the man on the head when suddenly he jumped up, eyes wide.

"Who dat?" he exclaimed. So startled was I by the sudden rise of this 'surely dead' character that I dropped the twig and completely froze. The man turned to look at me. "Eh wah happen?" he said.

After a few seconds of silence, I sighed in relief and smiled, happy that the man lived to see another day. I introduced myself to the fellow who was still lazy-eyed from what I now realised was his nap. "Yuh call out?" he said.

"Well, yes," I told him, trying to explain that I was merely concerned that he had met his demise by the side of the road. Expecting to have praise heaped upon me for my act of selflessness, I paused. The man, though, had other thoughts.

"Yuh know from when mi ah try fall asleep?" he yelled, his voice getting squeaky at the end. Apparently, my call had disturbed what was a greatly desired nap. Instead of praise, the man sent my way a string of obscenities delivered with great violence. I walked away.

Looking behind me a few times to ensure I wasn't being pursued by the sleep-deprived curmudgeon, I headed up the main road in White Horses. The sea breeze was refreshing and since it wasn't a particularly hot day, the atmosphere was especially pleasant. I saw some movement in the distance, right on the beach and walked over there.

There were about 10 men there pulling on something. It sounded as if they were chanting. When I got closer, another man, shirtless with one eye swollen, came over to me. We greeted each other and I asked him what was going on.

"Oh, dem ah pull a fishing net," he said. Apparently the net had been set the previous night and the men - all fishermen - were now collecting their catch. I asked the man with the swollen eye if he was also a fisherman. "Yeah man," he said, smiling.

"Everybody yuh see right here is a fisherman. White Horses have nuff, nuff fisherman. Who don't ketch fish will sell it and so on," he said. Behind us, I noticed a small, but beautiful waterfall just by the side of the road. The man saw me looking.

"Yeah man, when yuh ready yuh can go teck a soak," he said. I admitted that it was quite tempting. I asked him if people from White Horses often did that. "Yeah man!" he said, emphatically. "All who have dem good, good pipe water and water tank will lef it and come get a fresh off right here," he said. I asked him if its location right next to the main road was in no way a deterrent. "No man! People don't watch dat right here. It is there for everybody, to use so people expect yuh to use it," he said.

Together we silently watched the pulling of the fishing net continue. I thought to myself that despite my earlier encounter, White Horses seemed to be quite a pleasant place. I said this to the man with the swollen eye. He grinned.

"Well dat good dat you as a outsider can seh dat. We live here, so we might nuh really consider pan it, but if you seh dat as a outsider den we give tanks," he said. "Yuh can visit again, but next time bring clothes fi swim. Yuh can't come to White Horses and nuh hold a soak."