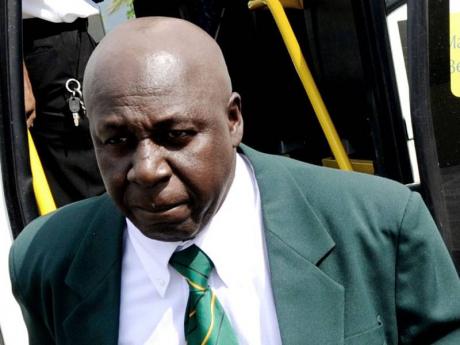 Head coach of Jamaica's senior cricket team Junior Bennett has expressed concerns over his team's batting going into the final of this year's West Indies Cricket Board Regional Four-day Tournament against Barbados on Saturday.

The Jamaicans, who are seeking a record fifth consecutive hold on the trophy, secured their spot in the final following their 133-run victory over Guyana, inside three days, on Sunday at Sabina Park. Scores in the match were Jamaica 196 and 189, Guyana 126 and 126.

"I think that we played some good cricket over the three days, but I don't think that we batted as well as we could have, but we bowled excellently in both innings," said Bennett in an interview with The Gleaner after Sunday's victory.

"I think that we need a lot more consistency in terms of our batting because, based on the condition of the wicket, we should have closed out the game batting-wise. We did not do that, and so we need to be more consistent with our batting," Bennett said.

Looking ahead to the final, which will also be played at Sabina Park, Bennett said he is optimistic his team will come out victorious.

"I am confident that we can come out on top against Barbados because, from the start of the competition, our aim is to go five straight and we are going to stick to our objective," said the veteran coach.

Lambert also sided with his coach and said the batting is a major concern going into the final against Barbados this weekend.

"This has been haunting us since this season. I think it is only twice that we have scored over 400 runs in the tournament this season and, obviously, it is a concern for us," said Lambert.

"We didn't bat well in both innings and so our batsmen will definitely have to come good in the final against Barbados," Lambert added.