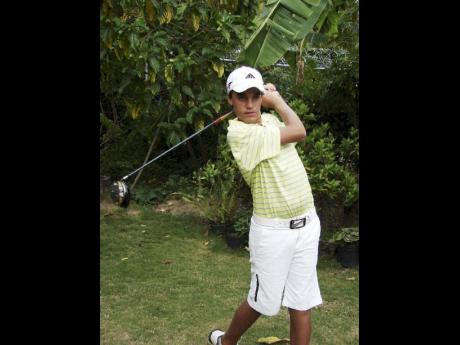 Johnathan Newnham scored a resounding victory, finishing 22 shots ahead of his rivals to capture the boys' 16-17 title at the National Junior trials, which was held at the Caymanas Golf and Country Club last weekend.

Newnham recorded scores of 72 and 73 for a total of 145 to take home his crown ahead of Sandals-based Oshane Haye, who finished second with 167 shots, while Michael Wilmot ended third with 170.

Sherisse Walker moved to the head of the girls' 14-15 age group on the first day with 92 shots to complete the trials on 183. Jayda Thompson finished second on 195.

In the girls' 11-13 age category, Tiana Cruz and Kei Harris were tied on the first day with 97. However, Harris finished the second round three shots ahead of Cruz to clinch first place.

The selection committee, headed by Vikram Dhiman, will meet shortly to determine players who will represent Jamaica at the Caribbean Junior Championships in the Dominican Republic in early July.