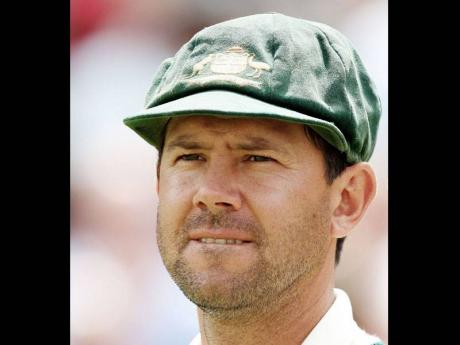 Former captain Ricky Ponting says Australia are bracing for a strong challenge from a rejuvenated West Indies and would spare no effort in preparing thoroughly for the upcoming three-Test series.

The 37-year-old, who arrived here in recent days, said the Aussies would remain focused and were taking nothing for granted against the home side.

"We spoke about it on Sunday, about how competitive we think they'll be and how prepared we have to be to win the Test matches over here," Ponting said.

"We definitely won't take it for granted or take anything lightly. I guess that's a big part of my job in the next few days - making sure the boys don't get too carried away with things and that we're preparing as we would if we were playing against one of the powerhouse nations in world cricket."

West Indies played superbly in the five-match one-day series to earn a 2-2 draw and also came back from losing the first Twenty20 International to tie the two-match series 1-1.

Ponting missed both series after he was ignored for the shorter versions of the game, but is expected to reinforce Australia's batting for the Tests.

Though nearing the end of his career, he remains a feared batsman and only recently plundered 544 runs an average of 108 in the four-Test series against India.

"It's not about having one good series here and there, it's about being consistent and putting performances on the board game after game," Ponting explained.

"The Indian Test series was great - it was a long time between drinks since I'd had a series like that and to come out of that and play really well in the games I played for Tassie (Tasmania) was satisfying as well.

"To know that the hard work I've been doing is paying off is satisfying as well."

He added: "That's what this week's all about now, getting that preparation right again and making sure I'm ready to go for the three-day game and get something out of that and take that over into the Test matches."

The first Test bowls off here at Kensington Oval next weekend.