Globe Insurance up for sale 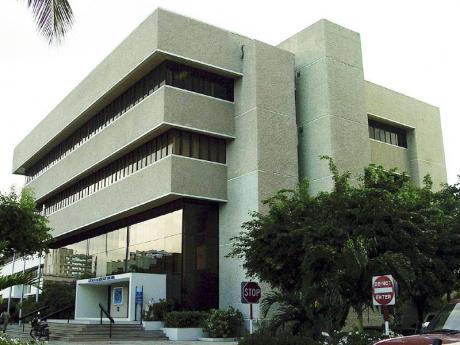 Lascelles has advised the Jamaica Stock Exchange (JSE) that it has engaged consultants to undertake an exercise to ascertain the level of interest among established industry players in acquiring Globe Insurance.

But at the same time, the conglomerate, in the advisory signed by company secretary Jane George to the JSE just over a month ago, said no offer to purchase the insurance company has been received and no decision has been made by Lascelles' board to divest Globe in whole or in part.

In emailed responses to questions posed by Wednesday Business, George said yesterday that "the position is essentially the same, save that, as part of the ongoing exercise, the advisors conducting the exercise have received some non-binding expressions of interest in the company, which they are evaluating as they move forward with the exercise."

"Once this company has anything else to disclose, it will do so promptly," she added.

George did not disclose the name of the advisors conducting the exercise nor the companies which have expressed an interest in Globe Insurance.

In the notice to the JSE Lascelles also advised that the move was part of an ongoing review of its strategic options and direction.

Fraser Thornton, managing director of Lascelles was not reached for comment.

The Jamaican conglomerate is in the business of spirits, merchandising, passenger and cargo handling, insurance and automotives, but it was primarily its ownership of rum company Wray and Nephew Limited, and secondarily, Globe Insurance Company, that attracted CL Financial's Lawrence Duprey and made it a takeover target.

But in January 2009, the CL Financial Group was taken over by the Trinidad & Tobago government and its central bank when it ran into financial difficulties and subsequently collpased.

Ironically, it was also the financial troubles faced by the CL Financial Group that led to the Black Sand Acquisition Inc. seeking to acquire at least 90 per cent of the ordinary shares in Lascelles and all the preference shares in a hostile bid starting in August 2011,

CL Financial and its companies own 87 per cent of Lascelles deMercado, acquired from McConnell and other shareholders in 2008 in a friendly takeover.

Also in 2009, then managing director of Lascelles, William McConnell tried to put to rest any danger of Lascelles being broken up and sold off to pay the debts of the CL Financial group.

Globe has its genesis in 1852, evolving out of an agency established by a man involved in "mercantile business", according to information on the company's website.

The local insurance company, however, started operating in 1965 at an office on Kirk Avenue off Church Street, Kingston with original shareholders Royal Insurance of the United Kingdom, Lascelles, deMercado & Company and the legal firm Milholand, Ashenheim & Stone.

Throughout the years Globe achieved steady growth and in 1990 it became a wholly-owned subsidiary of Lascelles, deMercado.

In 2003 it further expanded with the acquisition of Jamaica General Insurance Company Limited.

In 2010, Globe had 10 per cent of the general insurance market measured by gross premiums estimated at $25.87 billion.

During the financial year ended December 2011, Globe saw a decline in gross premiums, from $2.5 billion to $2.4 billion.

However, the company reported healthier profits, due to a substantial decline in claims from $566 million to $322 million, as well as a tripling of net commission income.