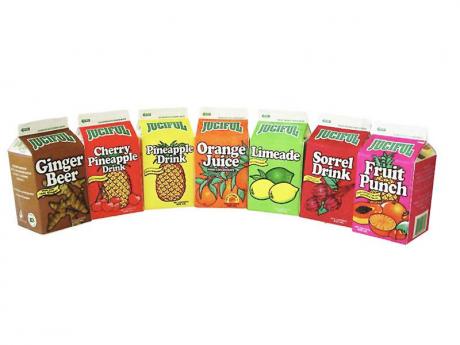 The sale of Jamaica Citrus Growers Limited (JCGL) is being negotiated with an international company in agro-processing, according to agent to the receiver Wilfred Baghaloo of PricewaterhouseCoopers, who says the deal is close to being finalised.

However, Jamaica Citrus Growers Association (JCGA), the operating company for JCGL, says its ownership of the Juciful brand is complicating the deal, and that a meeting of the association, likely to happen within to weeks, would determine whether to sell the brand.

Two years ago, the JCGA had voted against such a sale.

The Development Bank of Jamaica (DBJ) placed the JCGL on the market following a failed two-year effort to locate an equity partner for the indebted juice maker.

"The sale is pending and still in negotiation. The agro-processor is an international company with operations in Trinidad and Tobago, Jamaica, South Africa, India, and the Middle East," said Baghaloo on Monday.

"The company has internationally known brands," he said.

Citrus industry sources, however, tell Wednesday Business that the negotiations are with SM Jaleel and Company of Trinidad.

The receiver did not say when the deal will close, but DBJ typically works with a 6-month timeline to finalise disposal of assets on which bids are invited. The JCGL bidding closed January 27, which means the deal could be finalised by or before the end of July.

Jamaica Citrus, a subsidiary of the JCGA, is engaged in processing, packaging and marketing citrus products, and the production of chilled beverages sold under the Juciful label.

The company operates a factory in Bog Walk, St Catherine, which sits on some seven acres of land. Adjacent to this are two additional parcels of land comprising approximately eight and a half acres with a concentrate processing plant, a chilled-juice plant, two chill rooms and three cold rooms.

The company was established in 1949 to provide an outlet for citrus farmers to sell their surplus fruit which fruit is processed into frozen concentrate citrus juices that are sold on the local and international markets and also used by the company in the manufacturing of its own chilled beverage products.

The company's capacity for processing citrus fruit is approximately 60,000 field boxes per week, according to its website.

"I believe the sale will do a series of good for the workers, the local community and, in particular, the citrus farmers across the country. The farmers will be able to sell their fruits to a reliable and dependable agro-processor. This is good for the industry," Baghaloo said.

JCGL has been facing liquidity problems from 2006 after borrowing J$50 million from the Government to purchase fruit from farmers and a further J$70 million the following year from DBJ.

The Juciful brand is not part of the sale. Bidders were advised at the outset that Juciful is owned by JCGA, which has an arrangement with the JCGL for the payment of royalties for produce sold under the brand.

JCGA told Wednesday Business however that the buyer is insisting that the Juciful brand be included in the deal, and that its exclusion could be a dealbreaker.

"The new buyers of the factory operation are insisting that they will invest only on condition that the parent company sells the trademark," said Dr Percy Miller, JCGA's technical director.

"The board of directors has no right to make any such decision. We will convene a meeting of the shareholders who will sanction whatever decision is to be taken," he said.

Miller said an extra-ordinary meeting is being planned for April 18, at the earliest, to consider the buyer's request.

It will be the second time in three years that the growers will be voting on the same issue.

"The growers - the citrus farmers who own the association - had on March 29, 2009, passed a resolution saying in no situation would the trademark be sold; so too for Ortanique which is another trademark owned by us," Miller said.

That meeting came in the wake of rescue efforts mounted by the Ministry of Agriculture, which commissioned a management audit and business plan for Jamaica Citrus in February 2008.

The plan indicated that the JCGL factory has been operating at a capacity of less than 25 per cent for many years, resulting in underutilisation of assets. The modernisation of JCGA and its subsidiaries would require approximately J$793 million in capital investment, it said.

JCGA's ownership in JCGL is held by an entity called Citrus Growers Associate Limited, which owns 3,274,986 shares of a total 3.275 million shares in issue, according to Companies Office records. Another 14 shares are held by 14 individuals.

Some 5,200 registered growers operate under the aegis of the JCGA, representing the majority of Jamaica's citrus farmers.