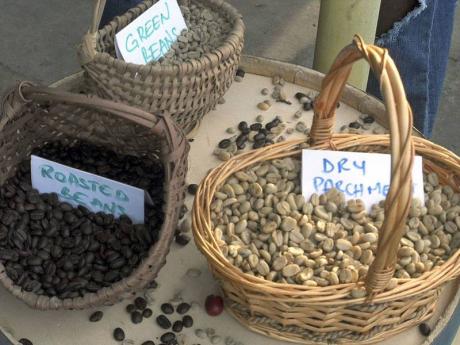 JAMAICA'S COFFEE industry has been stymied due to the lack of a sustained presence in the marketplace to buoy the already exceptional reputation of Blue Mountain coffee, if for no other reason, against eventualities. This worldwide revered product has languished in the international market, overworking its natural attributes in a stand-alone way which has now left it to be warding off competition from other coffees lurking in the wings.

The question has been asked from whence will come a promotional budget with strong diaspora overtones to keep Blue Mountain and Brand Jamaica in the face of the most discriminating global market. Mavis Bank coffee has started to take serious initiatives in this respect and now boasts a whopping $37m profit in three months or longer. What is unfortunate is that this has happened at a time when the Jamaica Coffee Growers' Association (JCGA) is being called upon to answer for allegations of 56,000kg of coffee, transferred from location to location, and ending in the hands of powerful interests, and whether this amount was disposed of at below stipulated base price?

The base-price phenomenon within the coffee industry is not a function of the growers' association since it does not trade in coffee and is, therefore, ill-positioned to answer such questions in respect of Mavis Bank's profits, or that of any other marketing entity. However, we do feel that the lowering of the base selling price for coffee is driven by expediency. The larger issue is one of the long-term impact of base-price reduction on the prestige of the product and how it will recover ground. This should be a troubling issue for all, JCGA and the Ministry of Agriculture and Fisheries as well.

It is sometimes not clear within Jamaica's bureaucracy which entity is properly vested with the responsibility to investigate these matters on the basis of their merit. The farmers, for example, have claimed that even $4,000 per 60lb box, pre-floated cherry - assuming that this were ever to be paid - still falls way short of prices of US$50 per box paid some eight years ago, and does not come remotely close to covering production costs for even the most efficient grower.

The farmers contend that they have been, as slaves of old, subsidising the sugar industry. They own the title 'coffee slaves', cushioning an industry where there has been no drop in price per cup to the global consumer in years. Conversely, the coffee traders and dealers claim that if they pay more to farmers, their margins will be eroded in an environment where they have already been underwriting farmers by providing inputs, among other items. Both these positions cannot at one and the same time be true.

The farmers pose the question as to how will their crop be purchased when there are prime periods during the crop cycle when buyers are abundant, but at other times inconvenient to the buyers, where the crop has no takers. But is this happening because, suddenly, only some dealers are made aware of the limited international coffee orders coming into the country? This by interpretation means that some entities, despite having the capacity to fill orders, are sidelined, not knowing about the existence of such orders.

Again the JCGA is called upon to settle these matters and to investigate, at times without help from a media landscape accepted to be more adept with investigative skills.

The desire for a totally transparent divestment of Wallenford Coffee, and who gets what of its prime parcels of real estate, and whether this sharing has prematurely started, should not be the sole purview of this association to inquire into. In fact, what will be the response to our own bid for Wallenford and can the Wallenford brand 'owned by farmers' be traded as part of the overall divestment? Will the successful entities after the divestment is completed be obliged, as Wallenford now is, to accept ongoing commitments for purchasing small farmers' coffee?