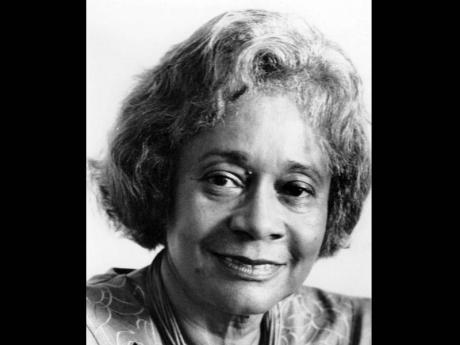 The great Dr Lucille Mathurin Mair's seminal work The Rebel Woman in the British West Indies During Slavery framed my consciousness as a young, undergraduate student on the Mona campus of the University of the West Indies (UWI). You just can't be the same as a young, black woman after exposure to powerful scholarship like that which evolved out of Mathurin Mair's pioneering doctoral thesis, 'A Historical Study of Women in Jamaica 1655-1844'.

High school history back then presented slaves as powerless and submissive, but Rebel Woman confronted the myth of the invisibility of slave women; dispelled notions of them as victims by documenting their covert resistance and protest actions as agents of liberation.

Mathurin Mair died on January 28, 2009. She was an outstanding diplomat, scholar and women's rights activist. She was remembered for her rewarding association with UWI as lecturer, first warden of the Mary Seacole (women's) hall of residence and for establishing UWI's women and development programme in her post-retirement years.

The 'Seventh Lucille Mathurin Mair Public Lecture' was held last Thursday at UWI's Faculty of Law, hosted by the Institute for Gender and Development Studies (Mona Campus Unit) in collaboration with Friedrich Ebert Stiftung and the JMMB Group. Lecturer was another rebel woman, Beverley Anderson-Duncan whose lecture was titled "Rebel Women: Engendering Transformation".

Anderson-Duncan quoted from the poetry of yet another rebel woman, Jean Fairweather Wilson, 'No more smalling up of me' (Ian Randle Publishers, 2003).

When my heart is screaming 'no'

No more taming of my feelings

So my power won't show

No more hiding my exuberance

No more watering down myself

So my spirit won't rise

No more 'smalling up' of me

Pretending I am not here

No more running from the music

And the spotlight's glare

No more living in this prison

Barricaded by my fears

No more turning and retreating

In the face of new frontiers

Even as I am speaking

I am taking shape and form

There's no obstacle so bold

As to dare stand in my way

I am taking back my life

And I am doing it today.

Anderson-Duncan reminded the large lecture hall, standing room only, with women from all walks of life, of the struggles of the 1970s to affirm women's rights in Jamaica, to bring in revolutionary women-centred legislation such as that for maternity leave with pay. She acknowledged the strength of gender specialist, Linette Vassell, in this struggle.

Anderson-Duncan advised young women in the audience, many of them 'Seacolites', from the Mary Seacole Hall, where Mathurin Mair served as its first warden, not to take for granted the gains made and not to lose sight of the work ahead. She encouraged women to continue to be rebel women and to continue to make the system "uncomfortable". She said that it was in uneasiness that there was change.

Anderson-Duncan said that the system of patriarchy holds back both men and women and she encouraged the men present to continue to think in a transformational way.

Let's acknowledge the work of the ancestors and elders on whose shoulders we now stand.