Poison in the air 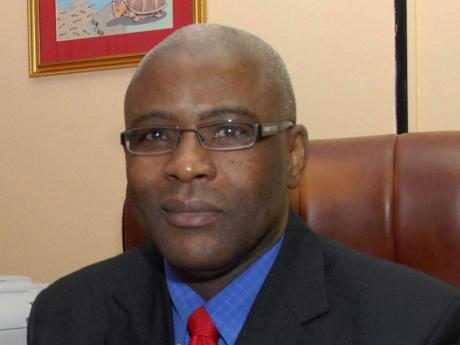 THE NATIONAL Environment and Planning Agency (NEPA) has confirmed, in the results of an air-quality study done during the massive February Riverton landfill fire, that carcinogenic pollutants were detected, showing alarming levels - three times that of World Health Organization (WHO) standards.

An appendix to the document showed that a test for air-quality results for volatile organic compounds (VOCs), done on February 10 and 11, showed the VOC - benzene - exceeding WHO standards in all four samples analysed.

Gary Campbell, a chemical engineer at NEPA who focuses on issues related to air-quality control, told The Gleaner yesterday that at least 35 VOCs were detected in the air-quality test.

He said different levels of toxic pollutants, some carcinogenic and some irritants, were picked up during the test.

NEPA Chief Executive Officer Peter Knight pointed out that this reading meant that the cancer-causing agent benzene had exceeded the WHO standard threefold.

However, he was unable to indicate what, if any, serious health effects could arise for persons exposed to the toxic pollutants.

In the 18-page air-quality report released yesterday by NEPA, it was stated that VOC samples have been collected and analysed. However, the document revealed that an assessment of the impact of the 35 VOCs picked up in the test was being determined by the Ministry of Health.

"What we were measuring basically is the extent to which persons would have had health complaints or would have developed symptoms as a result of the fire and smoke nuisance in and around that time," Dr Sonia Copeland, director of disease prevention and control in the Ministry of Health, told The Gleaner.

She noted that around that time medical facilities and hospitals were seeing more asthmatics and persons who showed up complaining about acute health effects.

Asked about the possible long-term adverse health effects of the carcinogenic and other chemicals detected in the air-quality test on humans, Copeland said the health ministry would not be able to determine the impact.

"The length of exposure and the severity of the exposure … so you would notice that those persons who went to the Riverton landfill during the fire were wearing protective garments. They would have been closest to the most concentrated VOCs and particulate less than 10 microns. So it is the length of exposure that determines poor health outcomes," she said.

Copeland said the ministry had informed members of the public of ways to minimise the exposure during the fire and smoke nuisance.

"It is very different to say whether for those few days that there would be long-term effects. We just know that with longer exposure, if it continued for weeks and weeks and it was not abated at all, then those (persons exposed) could have had severe health effects," she added.

The ambient air-quality monitoring exercise was carried out as a result of the fire at the Riverton landfill between February 6 and 13, this year. NEPA and the Ministry of Health conducted the monitoring.

The report concluded that the fire at the landfill created a negative impact on the ambient air quality in Kingston and St Andrew, and Portmore, St Catherine.

The data showed ambient air quality with respect to particulate matter less than 10 microns (PM10) within a one-kilometre radius of the dump to be "very high risk", according to the United States Environment Protection Agency (USEPA) and Canadian air-quality index definition.

At distances up to a two-kilometre radius, the air quality with respect to PM10 was "high risk", according to the same Canadian and USEPA air-quality index.

The communities which received the greatest impact from the fire are located near the landfill and Kingston 20 areas.