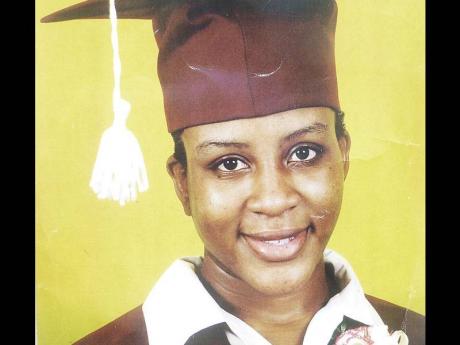 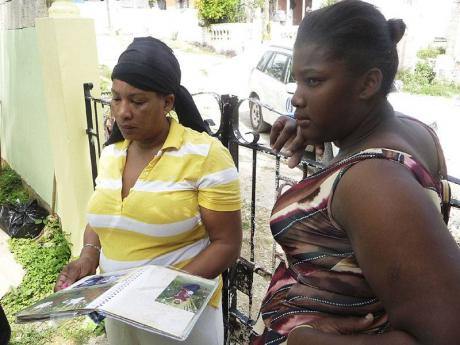 Dawnette Atkinson (left) shows off photographs of her 20-year-old daughter, Jannoy Campbell, who was found murdered along with Nyoka Campbell, 25 years old, in Old Harbour, St Catherine, last Saturday. Standing with her is her younger daughter, Antonique Bartley. - photos by Nagra Plunkett 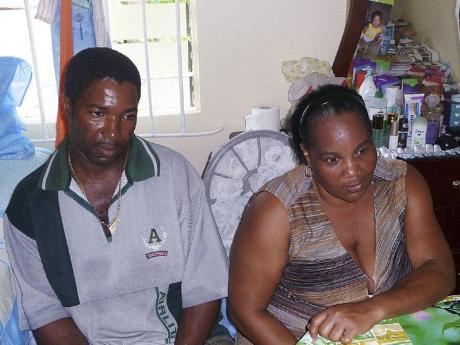 Glenford Campbell and Gloria Thane, parents of murder victim Nyoka Campbell, at their Hendon, Glendevon, home in St James. Nyoka, the first of their four children, was found murdered along with her aunt, Jannoy Campbell, in Old Harbour, St Catherine, on the weekend. 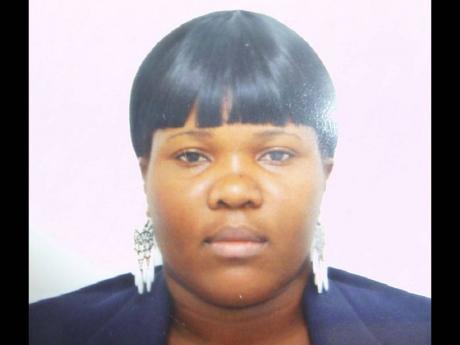 They died together, unaware that the bond they had struck up a month ago ran deeper than mere friendship, and that they were connected by blood.

This is one of the surprising revelations from the gruesome murders of 20-year-old Jannoy Campbell and her 25-year-old niece, Nyoka Campbell, of Mount Salem and Hendon, Glendevon, addresses, respectively, in Montego Bay, St James.

"So I lose my firstborn child and my baby sister," Nyoka's father, Glenford, told The Gleaner yesterday. His father is Jannoy's biological father, but she lived with her mother and stepdad.

"It's really tough and is when we went to the morgue to identify (Nkoya's) body that we realise that the other girl was related to us."

The young women were students at the Western Hospitality Institute in Montego Bay and left their home parish last Friday afternoon to attend the 2012 staging of the ISSA/GraceKennedy Boys and Girls' Athletics Championship in Kingston.

The trip had become customary for Jannoy in recent years except that this time around, she reportedly accepted a ride from Nyoka, who said her brother would be transporting them. But the women reached only as far as Old Harbour in St Catherine where their bodies were found in bushes last Saturday.

Nyoka's mother, Gloria Thane, was in the dark about her daughter's plans as she was "secretive" - a mannerism that she always argued about.

Jannoy was found naked with multiple stab wounds to the chest and her throat slashed, while Nyoka was badly beaten and had what appeared to be a gunshot wound to the right side of her face.

"Why them have to do me pickney so?" asked Jannoy's mother, Dawnette Atkinson between tears. "Me count five stabs in her chest. If I was there, I would take them."

According to Atkinson, she knew something was amiss when they shared their final conversation about 11:45 p.m. last Friday. The mother said she felt perturbed by her daughter's tone of voice, and the anxiety heightened when subsequent calls to Jannoy's cellular phone went unanswered.

Atkinson and her common-law husband, Anthony Bartley, went to the Montego Freeport Police Station Saturday morning and filed a missing person report. But by late afternoon, they received the dreaded call from the Old Harbour police.

"Jannoy was a good child. Mannerly, respectful and she never go over her bounds. Now we just a try to cope because this is the best of me," said her stepfather, with whom she had lived since she was a toddler.

"I would just like them catch the one or ones who do it, then me will feel justified. But for now, human rights (groups) only look at one side of the coin. They need to look at this, trust me."