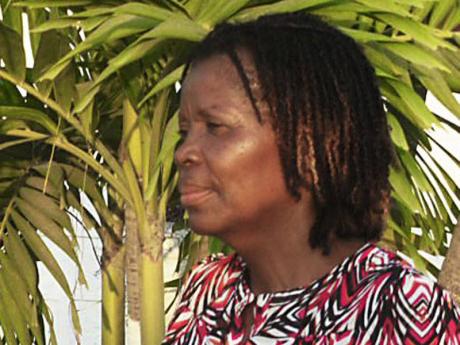 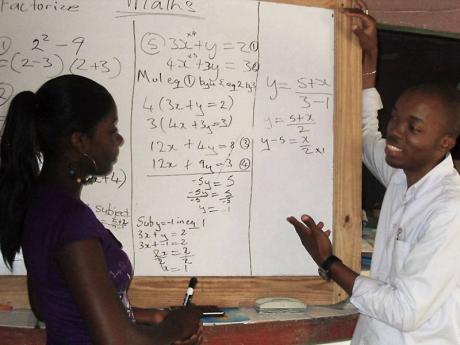 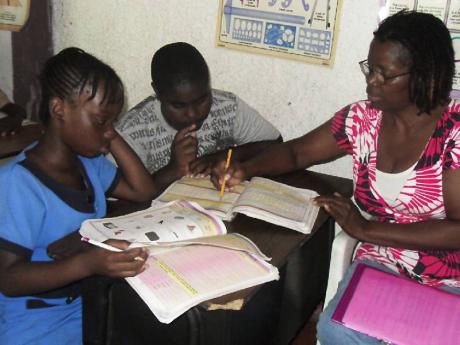 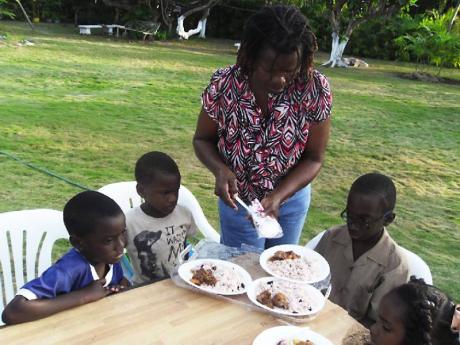 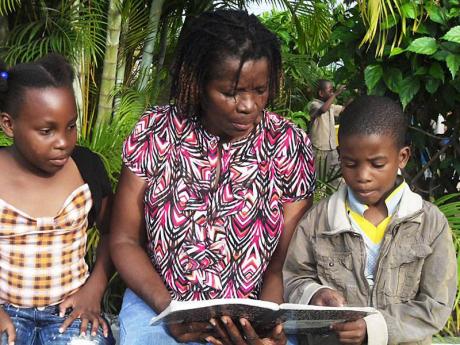 Jose De-Larose reads for Shirley Lewis while his sister, Tresheka, looks on. 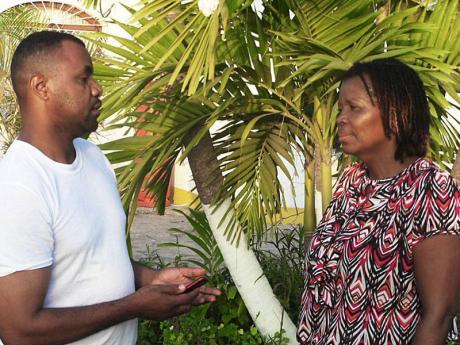 Over the next few months, The Gleaner will turn the spotlight on ordinary Jamaicans doing extraordinary things to better their communities. Help us celebrate some of these unsung heroes who are making a real difference. If you know someone who should be highlighted, tell us their story at heroes@gleanerjm.com.

A FORMER entrepreneur, Shirley Lewis possesses a passion for the upliftment of people which has evolved into her present capacity as community and education advocate, making a difference in the lives of many.

"I feel it's my calling, while at the same time seeing the need, I feel I must contribute towards the accomplishment of education in my community. My daughter gave me the inspired motivation," Lewis shared with The Gleaner.

Her first initiative was the Blackwood Gardens Spelling Bee competition, which she started in 2008, with four children, under a tree at her home. This project was later expanded to include other communities and has attracted sponsorship from the Jamaica Public Service.

"I realised that most children could only recite the alphabet as a song; their vocabulary was limited with incorrect pronunciation of the letters; they can't read," she said.

Armed with this knowledge, the 55-year-old native of Old Harbour Bay, St Catherine, established an evening programme for slow learners, with 60 persons, a few weeks later to bolster the spelling bee. That same year, she established an annual summer programme targeting community residents. And if that wasn't enough, she partnered with the Jamaican Foundation for Lifelong Learning, offering classes at four levels.

Then, in September 2009, with the intervention of Anthony Ewbanks, principal at Innswood High School, she added the Caribbean Secondary Education Certificate (CSEC). Since then, the National Housing Trust and Jamaica Energy Partners have bolstered the programme by underwriting the costs of needy students' exam fees.

Cognisant of the importance of total development of participants, in 2009 Lewis implemented a feeding programme, providing hot meals and a cold drink for the children on Fridays at no cost.

"Since this year, I ask for a contribution of $50 and a number of children are unable to give this and they still get their meal," she explained.

From the onset, the vibrant lobbyist has been receiving full support from her husband, Lascelles Lewis, who pointed out that the programme was established on spiritual grounds.

"The children are taught how to pray, values and attitudes and self-esteem. The programme occupies Shirley's time in a positive way and to see the joy on the children's faces. Sometimes the parents come to collect them and they don't want to leave, and I said to her, it looks like this is our calling," noted Mr Lewis, a deacon at Old Harbour Bay Seventh-day Adventist Church.

For his wife, impacting lives through volunteerism gives her a sense of fulfilment, hence she serves as secretary, Blackwood Gardens Citizens' Association. Still not satisfied, she formed the Blackwood Gardens Senior Citizens' Club in July last year.

"Through Food For The Poor, I am able to distribute food items to those needy on a monthly basis. We also prepare warm meals for them," she noted.

The meticulous mother of two - Kurt, a 31-year-old teacher at Innswood High School, and 14-year-old Glenmuir High third-form student LeAnn Ebony - believes good parenting is essential in children's upbringing. With that conviction and inspiration from a parenting workshop, she started the Blackwood Gardens Parents Support Group in 2008, serving as president since.

The community stalwart, who possesses an endearing personality, has been lauded for using education as a means of empowerment.

"My son is just five ... . A year ago he used to stay with me at school in the lab until late, then I started sending him here … . He's doing the work of a grade-one and grade-two child. He's spelling, he's adding," noted Patrick Johnson, lab assistant at Old Harbour Bay Primary School.

Several persons, like Merlene Wilson who obtained three passes in the CSEC in 2010, are now pursuing higher education.

"Mrs Lewis is making a positive impact on both young and old. She is doing a fantastic job," said Wilson, a second-year student at G.C. Foster College of Physical Education.

In accepting the accolades for her work, she stated categorically that she could not have contributed to impacting lives without the input of the cadre of teachers who have volunteered their service.