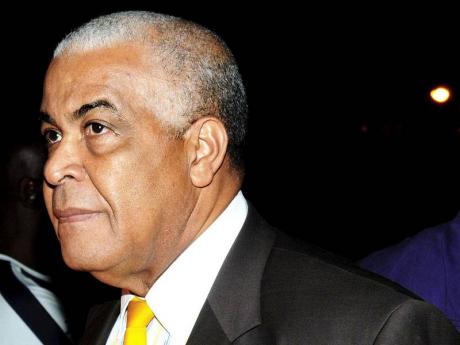 THE GOVERNMENT has apologised to the estimated hundreds of thousands of people affected by the Riverton landfill fire in February which triggered respiratory health problems among many and resulted in the closure of schools and businesses in areas close to the dump.

In a statement released to the media yesterday, Minister of Water, Land, Environment and Climate Change Robert Pickersgill said the country "experienced an unfortunate and most regretful experience from the fire and associated smoke nuisance from the Riverton disposal site over the period February 6-13, 2012".

Pickersgill sought to clear the air that the Government was holding back information. He said the administration had "nothing to hide and is not involved in a cover-up on the matter of the fire at the disposal site".

After several calls from various environmental groups for the results of the air-quality tests done during the fire in February to be released, the Ministry of Water, Land, Environment and Climate Change yesterday relented.

The report was released with a number of recommendations.

"I am confident that the regulators will take the required action to obtain compliance from the NSWMA (National Solid Waste Management Authority). The Government will not abdicate its responsibility and will be seeking to provide the NSWMA with resources, within the present challenging fiscal space, to allow it to perform and be held accountable," he stated.

Pickersgill said he has instructed the chief executive officer of the National Environment and Planning Agency, Peter Knight, to "proactively pursue the NSWMA to ensure that it obtains the required environmental permit, with specific and general conditions with which the NSWMA must comply".

"I expect that the NSWMA will respond likewise and obtain this environmental permit by June 2012 and adopt and implement the appropriate best practice to comply with the NRCA Act (which binds the Crown)," he said.