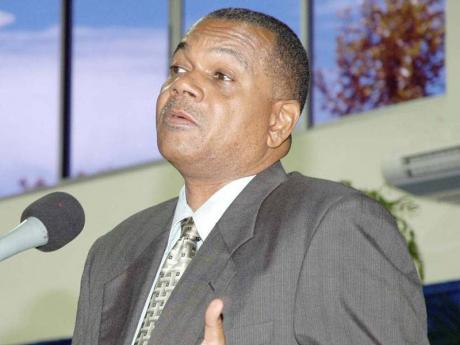 Tucker: We have to start our drug-abuse prevention initiatives early in a child's life.

With the reality that increasingly younger children are beginning to experiment with substances, the National Council on Drug Abuse (NCDA) is seeking to implement a drug-awareness programme at the early-childhood stage. But that effort is not without its challenges.

"Research done nationally and regionally points to youth experimenting with drugs at an early age, averaging between 10 and 12 years for alcohol and tobacco, and 12 and 14 for marijuana," noted Michael Tucker, executive director of the NCDA.

"This tells us that we have to start our drug-abuse prevention initiatives early in a child's life with the relevant information and resource material and continue this through to adolescence. The family and school have to be involved to assure the best chances of success."

In this regard, his agency put together a project titled Resistance Education Against Drugs, targeting the seven-to-12 age group, which would involve schools, peer educators and focus groups.

But, Tucker told The Gleaner, the project "has been languishing in the National Health Fund system for well over a year, unable to get the necessary funding to be implemented".

He noted that the local agency was not the only one that saw the urgency of such a programme. A 2011 International Narcotics Control Board 'Analysis of the World Situation' recommendation stated that "governments of countries in Central America and the Caribbean consider allocating additional resources to drug-abuse prevention and to implement public health and drug-abuse prevention programmes with a focus on campaigns for educating youth about the dangers of drug abuse and providing appropriate treatment for drug abusers".

Notwithstanding, there appears to be a general lack of recognition that prevention and treatment were more cost-effective and beneficial than interdiction and incarceration, he shared.

"It is a fact that demand reduction and supply reduction are different sides of the same coin, as each one drives the other. Yet, with this reality of the drug don being supported by the drug-using habits of numerous individuals who aren't addicts and conversely the law-enforcement officers being kept busy either intercepting shipments of drugs destined for users or arresting those who sell drugs, interdiction always gets more than the lion's share of the resources for drug control," he said.

The executive director is arguing that it is an established fact that drug use is a contributing factor to a number of society's ills, including violence, the gun trade, spread of HIV/AIDS, truancy, low productivity, tourist harassment, carnage on the roads, child and spousal abuse, significant health-care costs, among other issues.

"So the question must be asked, what is worse - the drug trade or the abuse of drugs? The reality is that both sides of the coin, both initiatives have to be adequately supported for us to adequately tackle this ever-increasing problem," he said.

Tucker said over the years, his agency has done invaluable work in the fight against drugs on a national, regional and international level, "so why then are important and essential projects to further our work not adequately supported or not supported at all?"

The NCDA executive director concluded: "I don't have the answers but as we stand by unable or unwilling to adequately address the drug-abuse issue, more of our youngsters fall victim to the scourge that ultimately destroys them and robs Jamaica of one more productive citizen."