Is Jamaica fit for children? 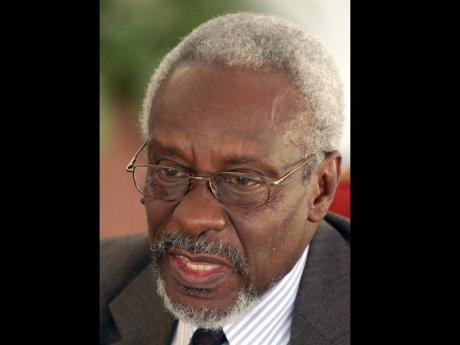 IN MAY 2002, world leaders, including then Prime Minister P.J. Patterson, attended the historic United Nations General Assembly's Special Session on Children and passed a resolution titled 'A World Fit For Children'.

The resolution states: "A world fit for children is one in which all children get the best possible start in life and have access to a quality basic education."

It continues: "Education is a human right and a key factor to reducing poverty"; and further, "we resolve to: (a) Expand and improve comprehensive early-childhood care and education for girls and boys, especially for the most vulnerable and disadvantaged children."

While it is good that world leaders recognise that quality early-childhood education gives children the best start in life, it is too bad that actions have not matched stated intentions.

At that summit in 2002, Patterson, is quoted as saying: "Let every nation gathered in this august forum depart with a determination to transform fine rhetoric into resolute action; to translate the universal consensus into early and effective action within our sovereign borders." So, has Jamaica demonstrated the "determination" for "early and effective action"? If quality early-childhood education makes a country fit for children, is Jamaica actually fit for children? If we look at what has happened and is happening, Jamaica intends to be fit for children, but does not appear so in reality.

While it is commendable that Jamaica has achieved near universal enrolment of children at the early-childhood level, the sad reality is that a having a place in school is not equivalent to receiving quality education. Remember, 'education' means 'acquiring knowledge'. In Jamaica, early-childhood institutions are, by and large, severely under-resourced - there is a serious shortage of learning materials and properly trained teachers. These are not environments most conducive to 'acquiring knowledge' at the pre-primary level. In fact, the statistics tell us that approximately 50 per cent of children enter primary school unprepared for what they are expected to learn.

While it is also commendable that Jamaica has enacted critical legislation to protect the rights of children, laws that are not enforced cannot produce educated children. For example, the Child Care and Protection Act 2004, which includes a duty of caregivers and parents to educate children (complete with the ability to write to a minister for financial assistance), as well as the Charter of Fundamental Rights and Freedoms (Constitutional Amendment) Act 2011 Section 13 1 (k), which states that: "The rights of every child who is a citizen of Jamaica, to publicly funded tuition in a public educational institution at the pre-primary and primary levels".

In Jamaica today, pre-primary or early-childhood education is largely not provided by the Government and is certainly not fully publicly funded. Technically, a person could sue the Government for infringing on the constitutional right to have state-funded pre-primary education.

Annual government spending on basic schools is $1.2 billion - the smallest share of the education budget of any level. How is that $1.2 billion spent? First, only the 143 government institutions, of the 2,615 institutions that have applied for registration with the Early Childhood Commission, have publicly funded tuition. Second, some of the remaining 2,472 institutions, which are operated by individuals, community-based organisations and churches, receive government subsidies. This is well below what is needed.

It is somewhat puzzling that 50 years after Independence we have failed to fix a problem that is so easily fixable, and one that speaks to the heart of what it means to be independent and emancipated - education. An annual investment of approximately $8 billion could provide each Jamaican child with quality early-childhood education. To say the country cannot afford that investment, but somehow manages to spend more than $20 billion annually on remedial education, plus billions more on crime interventions and other remedial efforts to address low productivity, is deeply concerning.

Frankly, it is actually costing us too much - socially, economically and financially - to not invest in early-childhood education. Simply put, we need to spend a little early to save a lot later.

In 2002, when world leaders declared 'A World Fit For Children', the Children's Statement read: "We are denied good quality education. We are the children whose voices are not being heard; it is time we are taken into account, we want a world fit for children, because a world fit for us is a world fit for everyone."

Our Jamaican children are denied good-quality education and their voices are not heard because they can't vote, or protest, or lobby. It is time they are taken into account. If Jamaica is to be fit for children, and indeed fit for all of us, enough of the 'fine rhetoric'; it is time for 'resolute action'.

Deika Morrison is founder of Do Good Jamaica and managing director of Mdk Advisory and Consulting Ltd.