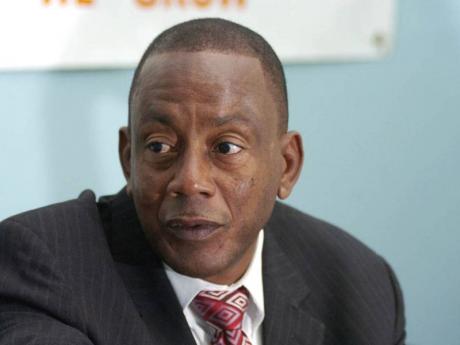 ORDER IS set to return to the streets of Montego Bay as the city's new mayor, Glendon Harris, is to launch a campaign against disorderly taxi operators and persons vending on the side of the roadways.

Harris told The Gleaner that he intends to clean up the city and make it an attractive environment for persons who live, work and do business in the popular tourist resort.

"The practice of everywhere being a taxi stand cannot work, and I will be meeting with the taxi operators in short order," the mayor said. "I will also be meeting with the vendors and residents of North Gully in a bid to decrease the widespread street vending and improper disposal of waste by residents living along the gully bank."

The mayor said there will be no procrastination on his part as he intends to have the meetings with the taxi operators and vendors within two weeks.

The image of downtown Montego Bay has taken a severe battering within recent times on account of traffic congestion, lack of cleanliness and street-side vending. Several prominent commercial entities have moved out of the heart of Montego Bay for more attractive spaces on the edge of the city in Rose Hall and Fairview areas.

Traffic congestion and a shortage of parking spaces were listed among the main reasons why businesses have been gradually moving out of downtown to the Fairview, which has been dubbed the 'New MoBay'.

Companies such as Flow, Wendy's, Watts New, Avon, Payless ShoeSource, and J. Wray & Nephew are among the companies that have set up business in Fairview.

Street-side vending is expected to be a thing of the past, as Harris said he is looking to move the vendors into the facility designated for vending.

"I will be looking at the Old Shoe Market and especially the People's Arcade as an option for persons to go instead of staying on the streets," the mayor said.

The mayor said he will be broaching another arrangement with the vendors as part of the drive to keep the streets clear of vending, but he did not state the nature of the arrangement.