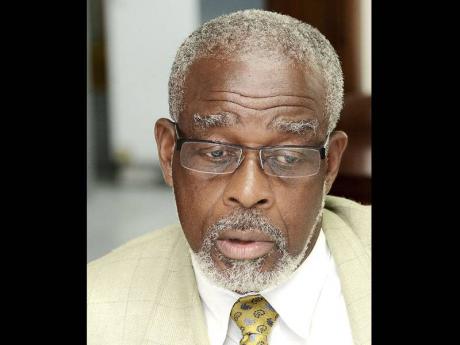 National president of the Lay Magistrate's Association, Rion Hall said he was concerned about the recent spate of police killings. He was speaking at the national service of thanksgiving for the association at St Peter's Anglican Church in Falmouth on Sunday.

He said, "It would be better to let criminals go free for the time being than for one innocent life to be lost through indiscriminate actions."

Hall was however mindful of the dangers the police face while facing some of the world's most brutal criminals. "We all know of the major difficulties our security forces face with the high level of criminality in our midst, particularly the seemingly growing number of heartless and brutal gangsters."

The message at the service was delivered by Bishop of Montego Bay, Dr Howard Gregory.

"When lay magistrates take the oath of office, they enter into a covenant relationship with the people of this nation, a relationship which it is hoped will be reciprocal, but it is often with a people who do not always love in return; but the love which is grounded in the very nature and being of God, never stops loving even the seemingly unlovable."

Patron of the service, Custos of Trelawny Paul Muschett read the Governor General Sir Patrick Allen's message along with bringing greetings of his own. The service was moderated by host pastor Father Garfield Campbell. The welcome remarks were delivered by coordinator of the event Evelyn Dyer-Spence.