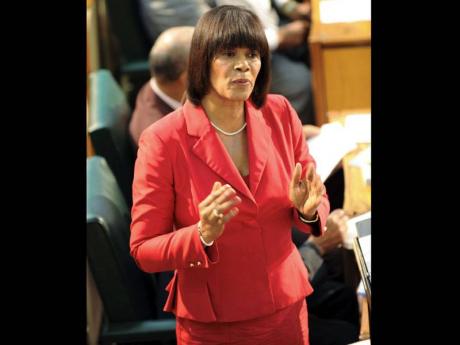 Speaking at the People's National Party (PNP) National Executive Council in Mandeville on Sunday, Simpson Miller said, "We need to look seriously at community development and drive the process of local government reform."

She noted that the reform process will require the amendment of some of our current laws and urged Justice Minister Mark Golding to expedite the reform. "Get the ball rolling and it (local government reform) should be treated as a matter of priority."

After being reappointed as mayor of Mandeville last Thursday, chairman of the Manchester Parish Council Brenda Ramsay had said the local government reform needed to be prioritised.

"It (local government reform) needs to be expedited so that councils can be empowered to deliver the requisite services, which will lead to good governance. At the council level, we can't always get the line of communication open to our constituencies and many of the functions, which are so critical to our citizens are either taken for granted or misunderstood."

Simpson Miller said some serious work needs to be done in the communities to foster growth.

The prime minister added: "What we have in the local government manifesto must be manifested now into action and hard work. We need to seriously look at community renewal and community development despite the difficulties and challenges."

Simpson Miller also noted that it was important to increase the revenue earnings in the parishes.

She implored mayors and councillors to be transparent and open with the finances of the councils.