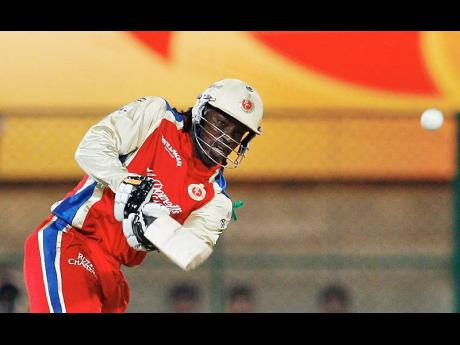 Former Australia captain Ricky Ponting says while the absence of Chris Gayle is a big blow to West Indies, players opting for international Twenty20 leagues will fast become the norm in contemporary cricket.

Gayle, a West Indies captain up until two years ago, will campaign in the Indian Premier League (IPL), which bowls off Wednesday, along with exciting off-spinner Sunil Narine and batsmen Kieron Pollard, Darren Bravo and Marlon Samuels.

"A West Indies side without Chris Gayle in it is pretty hard to cop, but that's the modern game and it'll probably happen more and more with the amount of money that's being spent in those Twenty20 comps around the world," Ponting said here this week as he prepared for the upcoming Test series against West Indies.

Gayle has not played international cricket in almost a year because of an impasse with the West Indies Cricket Board. Both parties managed to broker an agreement last month that would have paved the way for his return to the side, but Gayle has already signed a lucrative IPL deal with Royal Challengers Bangalore.

Bravo, the Windies' most prolific batsman over the last year, penned a deal with Deccan Charges while Narine, a revelation during the one-day series last month, is on his way to the Kolkata Knight Riders in a deal worth US$700,000.

Samuels will play for Pune Warriors and Pollard for Mumbai Indians.

"You can understand the players that are opting out of international cricket to go and play IPL," Ponting said.

"New Zealand's a good case study there. They just don't schedule any international cricket when the IPL's on for the simple reason they would have lost most of their players to IPL and been left with next to nothing. I think there's something to be learned there."