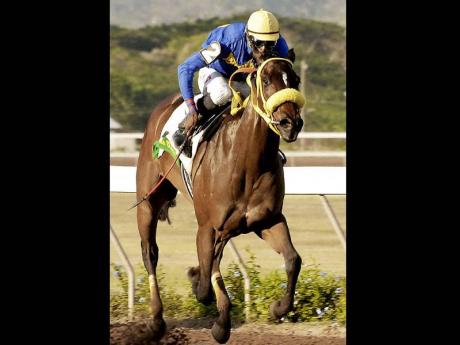 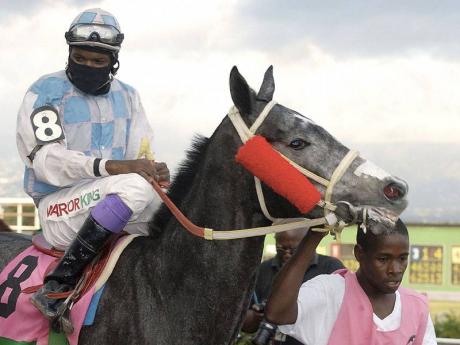 A maximum field of 16 native-bred three-year-old fillies is expected to face the starter for the season's first classic - the Jamaica 1000 Guineas - over 1600 metres at Caymanas Park on Saturday.

This marks the first leg of the Guineas double, which continues on Easter Monday with the 2000 Guineas for the 3-y-o colts and geldings. Both classics offer purses of $3.6 million.

Included in the line-up for the fillies' Guineas are the winter book favourite PHILISTIA (André Martin to ride), who is out for the first time since her close second to the top colt ALL CORRECT in the $4.25 million Supreme Ventures Jamaica 2-y-o Stakes over a mile last Boxing Day.

Although not having the benefit of a prep race, the Noel Ennevor-trained PHILISTIA has a touch of class and, having trained well in preparation for the race, could return on a winning note.

In addition to PHILISTIA, the other top contenders are the Wayne DaCosta-trained EXOTIC GOLD, a recent fast-time winner of the Thornbird Stakes over 1400 metres (Guineas trial), to again be ridden by leading jockey Dane Nelson; the Thornbird Stakes runner-up TRINITHETUTOR, with four-time champion Omar Walker again riding for trainer Gary Subratie, who saddled last year's winner NIPHAL; CLASSIC PRINCESS, to be ridden by Doushane Gordon for the young trainer Nicholas Edwards; and the improving SPARKLE HAVEN, to be ridden by leading all-time jockey Winston Griffiths for trainer Patrick Chang, who won this race in 2001 with the subsequent Derby winner AWESOME POWER.

The five top contenders have worked really well coming into the race.

TRINITHETUTOR has been taken to task by Subratie at exercise after going under to EXOTIC GOLD as the favourite last time out, while SPARKLE HAVEN (looked improved) has worked exceptionally well, galloping 51/2 furlongs in 1:06.3, and can definitely improve on her good third to EXOTIC GOLD in the Thornbird Stakes.

In that race, CLASSIC PRINCESS was highly fancied to win despite coming from the unfavourable number-one post position. However, she injured herself early in the race and finished eight lengths fourth.

"She was highly fancied to win the Thornbird Stakes, but overreacted on the inside from early and injured her bulb (a bone on the lower part of her front leg), which contributed to her below-par performance," disclosed the trainer.

"Despite all that, she still managed to finish fourth to Exotic Gold ... and wasn't beaten that far. Having pleased us in her preparation for the Guineas, we are expecting her to be right there at the finish," said Edwards, who singled out EXOTIC GOLD and PHILISTIA as the main dangers to CLASSIC PRINCESS.

Trainers Ennevor, Subratie and DaCosta have all expressed confidence going into the race, with EXOTIC GOLD, by virtue of her impressive victory in the Thornbird Stakes on March 10, the marginal ante-post favourite at 2-1.

Apart from the top four, the other fillies down to run are AWESOME CAMILLE, AWESOME SENSATION, KAYLA FELECIA, LADYLIKE, MEROVINGIAN QUEEN, MOM'S SECRET, MY FRIEND LUCY, PLEASURE TRAIN, SHE'S TRADITIONAL, SLICE OF LIFE and TANTALOO from the DaCosta stables.

The reserves in order are the DaCosta-trained ANTOINETTE, STAR FLYER, VERONICA B, PRETTY TING and YASSIN.