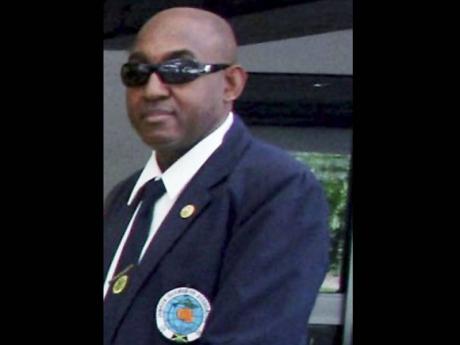 THE Korean martial art of taekwondo, one of the events in which Jamaica will compete at this summer's Olympic Games in London, should have its growing popularity enhanced locally with the addition of a newly formed body, the Jamaica Taekwondo Academy, headed by Trevor Webb.

The Jamaica Taekwondo Academy is affiliated to one of three organisations laying claim to trademark and logo rights of the International Taekwondo Federation (ITF) which splintered after the passing of founder General Choi Hong Hi's death in 2002.

Webb, who recently resigned from the Jamaica Taekwondo Association, is now with the ITF headed by Dr Chang Ung. The other ITF bodies are led by Grand Master Choi Jung Hwa and Pablo Trajtenberg.

President and chief instructor of the Jamaica Taekwondo Academy, Webb said despite the variances he's confident both local bodies will participate at their respective tournaments and seminars.

He said the academy now has three locations in St Andrew and plans are being laid to train and hire black belts to be placed in schools across the island as assistant instructors "to spread taekwondo more rapidly across Jamaica".

"We are at an early stage with three locations - the Hydel Group of Schools, St Richard's Primary and our headquarters at 379 Spanish Town Road," he explained.

"We have people being trained specially to be instructors. They board and train on campus at Spanish Town Road, Mondays to Saturdays, from nine to five."

He described the concept as being new to Jamaica.

"It's a new thing for Jamaica, but they do it in Korea where people can train for a year and skip a rank. So you start at first degree and after a year, after sitting and passing an exam, you skip a grade to third (degree)," Webb pointed out.

The Jamaica Taekwondo Academy, in its initial stages, will train recruits for six months.

"Taekwondo is graded by the number of hours you train. We adopted the programme but it's only for coloured belts. So they train for six months, Mondays to Saturdays, nine to five.

"Over a period of time they're assessed and, within a six-month period, a person could move from a white to a blue belt," he added.

After a month on the local scene, Webb said the academy already has 64 students, mainly from schools he already operated.

"Most of our belts are whites and yellows, because we specialise in kids. We have a third-degree black belt who will be graded next weekend. We have a black stripe to be graded for first degree also. It's a young organisation so we don't have many black belts. However, other black belts have indicated an interest to join," said Webb.

The new martial arts president has already started his rounds. He journeyed to Grenada for a workshop and grading at the weekend, and also met with a master in Barbados.

Also on his itinerary this year is a congress and World Championship in Europe.

"I will be taking at least one black belt with me," he said.