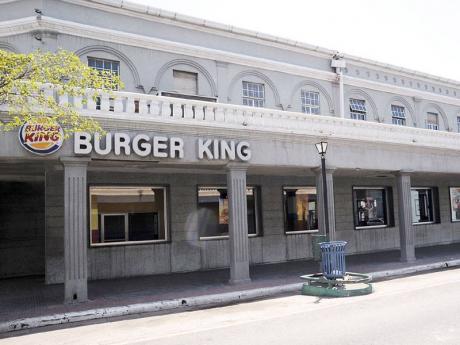 Burger King is dusting off its crown and going public again.

The world's No 2 hamburger chain, which is in the midst of overhauling its menu and stores, says it expects to relist its shares on the New York Stock Exchange within the next three months.

In a deal announced late Tuesday, the New York-based investment firm 3G Capital said it is selling a 29 per cent stake in Burger King for US$1.4 billion in cash to Justice Holdings Limited, a London-based shell specifically set up to invest in another company. 3G Capital will keep the remaining 71 per cent.

Justice Holding's shares will suspend trading on the London Stock Exchange once the deal is complete.

It will then emerge as Burger King Worldwide Inc and its shares will be traded on the New York Stock Exchange.

Burger King traded under 'BKC' between 2006 and 2010 but its new ticker has not yet been determined.

The plans to go public were announced just a day after Burger King launched a star-studded TV ad campaign to tout the biggest revamp since the chain opened its doors in 1954.

The overhaul started last year shortly after 3G Capital took the reins at the fast-food chain and assessed the ailing business from top to bottom.

Executives decided to abandon Burger King's outdated strategy of courting young men with calorie-packed monstrosities like the Enormous Omelet and the Burger King Stacker and instead play to a much broader audience.

Among the items launched Monday were coffee frappes, fruit smoothies, specialty salads and snack wraps. The additions mimic many of the popular roll-outs in recent years by McDonald's Corp, which has solidified its position as the nation's No 1 fast-food chain by recasting itself as a hip, healthy place to eat.

Daniel Schwartz, Burger King's chief financial officer, said the company's growth strategy will not change and that Burger King will continue to focus on strengthening its brand at home and abroad. He said there will be no changes to the senior leadership as a result of the company going public.

"We believe that Burger King's aggressive plans for international growth will benefit from its visibility as a NYSE-listed public company," said Nicolas Berggruen, one of Justice Holding's founders.

The deal is just the latest change at the top for Burger King, which has undergone a series of owners over the years.

In 1967, The Pillsbury Company bought it for US$18 million; then in 1988 Grand Metropolitan Plc bought Pillsbury for US$5.79 billion.

About a decade later, Grand Metropolitan merged with Guinness to create a new company called Diageo Plc. That company announced its plans to spin off Burger King in 2000.

Two years later, an equity group comprised of Texas Pacific Group, Bain Capital and Goldman Sachs Capital Partners, purchased Burger King for US$1.5 billion. The group took Burger King public in 2006 before it was bought by 3G Capital and taken private in 2010.

About 92 per cent of Burger King's 7,200 restaurants are currently run by franchisees, but Justice founder and activist investor William Ackman said in a conference call on Wednesday that some franchisees have described relationships with past owners as "disastrous".

He said 3G has turned that sentiment around with a more inclusive approach, noting the hiring of Steve Wiborg, a franchise operator, as president of its North America business about a year ago.

Going forward, he said Burger King plans to eventually sell off its company-owned restaurants to franchisees with the exception of about 100 stores near its headquarters in Miami.

He said that's a more profitable strategy that keeps overhead costs down and works for companies like Subway.

Justice Holdings completed its initial public offering just 14 months ago with the objective to invest in a company.

In a statement issued by Burger King, Berggruen said that Justice considered several investment opportunities before settling on Burger King. He said the fast-food chain stood out because of its strong heritage and the "aggressive transformation underway" in North America.

"They didn't have to go through the time-consuming process of doing an IPO," he said. Justice is already publicly held and will simply move the trading of its shares to the New York Stock Exchange, he noted.

As part of the deal, Franklin and Parker will join Burger King's board when the deal closes.

Investment funds managed by Pershing Square will own about 10 per cent of the company's outstanding shares, which they will receive as a result of their stake in Justice.