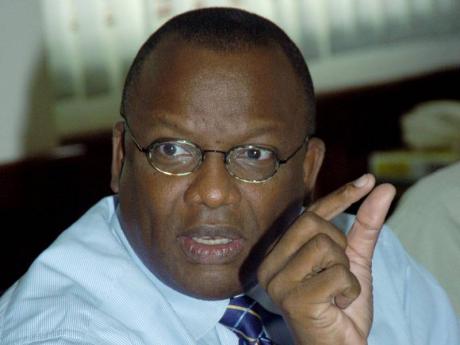 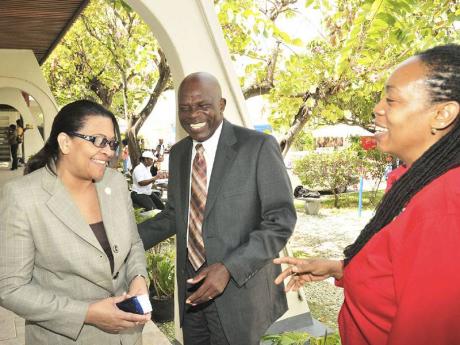 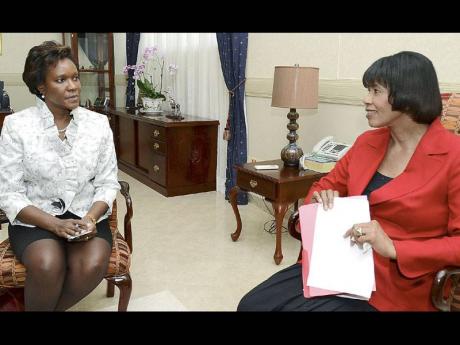 Alison Stone Roofe (left), Jamaica's Ambassador-designate to Brazil, makes a courtesy call on Prime Minister Portia Simpson Miller at Jamaica House on March 29. Stone Roofe, who takes up her new posting in early May, is currently the director of the Caribbean & Americas Department in the Ministry of Foreign Affairs and Foreign Trade. - Contributed Photos
1
2
3

Andrew Cocking has given up his seat on the board of Cable and Wireless Jamaica, which trades under the name LIME Jamaica, after 11 years as a director.

A new director is to be appointed.

Thompson will be based in Jamaica, from where he will be responsible for country retail and small business growth "through the communication and delivery of sales and service programmes throughout the region," Scotia Group said.

Dr Adrian Stokes, who joined Scotia in 2010, has been reassigned from Scotia Investments Jamaica Limited (SIJL) to take on the role of group strategist. His new job started Monday, April 2.

Hugh Miller, who joined Scotiabank back in 1998, has been appointed chief operating officer of SIJL as of January 1, with responsibility for treasury, trading and the asset management division, which covers pensions and funds management.

Hugh Reid, the president of Scotia Jamaica Life Insurance Company Limited, has been appointed to the Board of SJLIC as of February 2.

Whyte has previously served in different roles as senior financial analyst at SJLIC, head of finance and operations at Scotia Jamaica Building Society, and director of treasury and forex trading for Scotiabank Jamaica Limited.

Craig Mair has been appointed vice-president in charge of the Corporate & Commercial Banking Centre as of December 1, 2011.

Mair's 20-year career has spanned roles inside Scotiabank and Citibank.