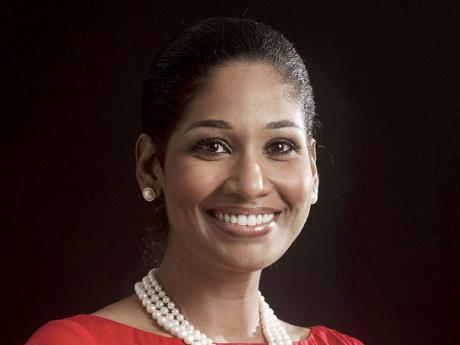 A DRAMATIC cut has been made to an initial estimate for the budget of the Jamaica 50 celebrations, which had been calculated at $3 billion, but has now been reduced to approximately $690 million.

An assessment of the original programme was done by Robert Bryan, the project director retained by the current administration in January. His evaluation revealed that Jamaica 50 as initially designed would have required resources in excess of $2.5 billion with a legacy component requiring funding amounting to $684 million.

Minister of Youth and Culture Lisa Hanna divulged that there were 43 core events listed with no accompanying budget. The Jamaica Cultural Development Commission's (JCDC) activities formed part of these events. A budget of $690 million has been submitted by the JCDC. However, only $50 million was allocated by the then Jamaica Labour Party government.

Hanna revealed that the Jamaica 50 trademarks which were registered in Jamaica were not protected in overseas markets.

The youth and culture minister said the Government has since registered Jamaica 50 trademarks in the United States and Canada.

An assessment of the programme showed that there was no marketing programme, no advertising or promotion plan despite the launch of Jamaica 50 in October by then Prime Minister Bruce Golding.

"What we had to do in the last eight weeks was put a programme together and get it financed, have the approvals done by the Ministry of Finance, and get the merchandising licence in place. We had to register the trademarks overseas, meet with private-sector individuals to create a marketing plan that we could sell to the private sector because none was in place," Hanna pointed out.

The youth and culture minister told journalists yesterday at Jamaica House that Jamaica 50 has been revamped and now approved by Cabinet.

According to Hanna, the campaign to kick off the celebratory period will begin in mid-April and would be highlighted by Labour Day activities. Jamaicans are expected to begin preparing their communities for the main celebratory period spanning August 1-6.

"The programme that is on the table is new (and) it is exciting."

The campaign will be executed under the theme 'Jamaica 50: A Nation on a Mission'. Hanna said the theme was a call to action, mobilising the country to evaluate and celebrate the "tremendous achievements" of Jamaica over the last 50 years.

The theme also seeks to define the mission for the next 50 years and agree on the requirements to achieve it.