Mayors, deputies urged to listen to the people 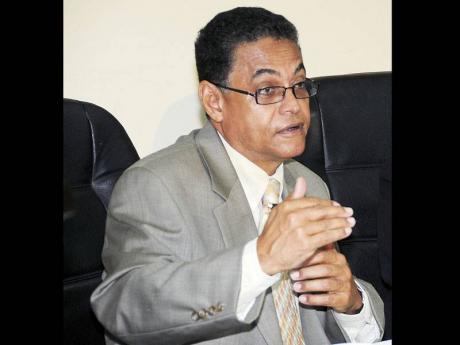 Newly elected mayors and deputy mayors from across the island have been charged to regard all of Jamaica as a tourist destination and, as such, one of their immediate tasks is to embark on a clean-up campaign in their respective parishes.

In welcoming the new councils yesterday at his Hagley Park Road, St Andrew, office, Minister of Local Government and Community Development Noel Arscott told them: "We can't have tourists coming into our beautiful airports and them come now to see unpleasant sights ... . So even with limited resources, we have to ensure the cleanliness of our cities and towns. We owe it to our citizens, ourselves and our visitors."

Arscott also conveyed the mandate of Prime Minister Portia Simpson Miller, who urged the mayors and deputy mayors to listen to the people who voted them into office in the March 26 local government elections.

The prime minister's directive included openness and transparency in regard to finances; that council leaders must be servants and not masters of the people; that they must avoid careless promises; that they must not be rude, crude or arrogant to the people; and that they must see the markets and cemeteries in their parishes as their responsibility.

"The People's National Party government is ensuring that never again will local government be emasculated, which is why we are ensuring that proper legislation is in place. When we were in opposition, we believed in Jamaica and the Jamaican people. Now that we are in government, we intend to do the same," Arscott declared.

Outlining the details and status of the local-government reform first put on the table by former Prime Minister P.J. Patterson in 1995, adviser and consultant on the subject, Keith Miller, informed the council leaders that critical to the reform was that local governments would now shift their focus from just being there to fix roads, run the markets, provide poor relief or approve buildings.

"Those things will still be important, but local government will now have an overall responsibility for good governance and sustainable development and maintenance of order within your jurisdiction. So basically, you are the government of your parish. You need to make sure that everything that happens in the parish is in keeping with the general welfare and in keeping with the desires and wishes of the people," said Miller.

The meeting also saw the mayors raising critical issues that affect their parish, as well as outlining their vision and objectives for their tenure in office.