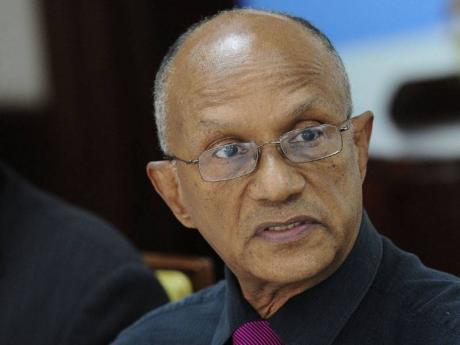 Executive director of the National Integrity Action (Limited), Professor Trevor Munroe, has been appointed an individual member of Transparency International.

Transparency International is the global civil-society organisation leading the fight for integrity, bringing people together in a powerful worldwide coalition to end the devastating impact of corruption.

"We at the National Integrity Action are extremely proud with this appointment as it is a strong signal and an endorsement of the tremendous work being done by us under the leadership of Professor Munroe," stated Professor Anthony Harriott, chairman of the board, in a release.

The release indicated that the objective of appointing individual members to Transparency Inter-national is for the movement to "avail itself of the competence, experience and dedication of individuals of recognised integrity from diverse geographical, cultural and professional backgrounds, who acknowledge the charter of Transparency International and are committed to the active promotion and realisation of its goal".

Munroe was recommended by the Transparency Institute of Trinidad and Tobago, the Trinidad Chapter of Transparency International, and joins a distinguished group of only 27 individual members worldwide.

The list of individual members includes people from Germany (four), the United Kingdom (three), the United States (three), Canada (one), as well as three from Latin American countries, namely Colombia, Argentina and Peru. There are also three from the African continent (Nigeria, Tanzania and Kenya).

Munroe is the first person from the Caribbean to be appointed an individual member.

Munroe is a leading academic and civil-society advocate and is known throughout the region as a leading authority on good governance issues, particularly as they relate to transparency and accountability. As head of the government department and founder of the Centre for Governance and Politics at the University of the West Indies, Munroe has trained innumerable leaders of public policy in Jamaica and the Caribbean.

An individual may be considered for membership in Transparency International through three means:

i) Through self-application in writing supported by two existing members.

ii) Through recommendation by a national chapter or an individual member.

iii) Through recommend-ations from an advisory council member supported by one member.