Lee has big plans for Portmore 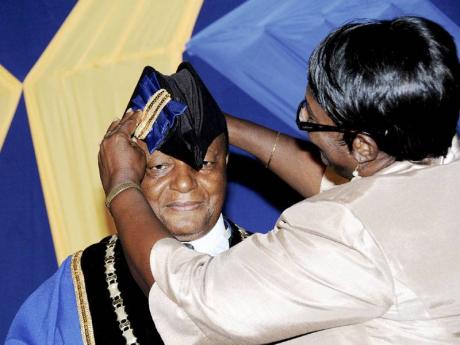 GEORGE LEE was sworn in on Monday as mayor of the Portmore Municipal Council.

This is Lee's second stint as mayor after he polled 15,011 votes in the recent local government elections, defeating former Mayor Keith Hinds who got 8,287 votes, and independent candidate Alrick Davis, who garnered 216 votes.

The function was held at the Portmore HEART Academy. Ten councillors for the Portmore municipality were also sworn in, while councillor of the Hellshire division, Leon Thomas, was elected vice-chairman, following a short nomination process.

Custos of St Catherine Sophia Azan urged the councillors to take a new approach to the job and lead by example.

"We are tired of the bickering and complaining," said Azan.

"He is a person who has really helped to build the area. His deputy is also a part of that development, so we welcome them," Fagan said.

In his address, Lee told the audience that he was ready to lead Portmore to success.

"We are going to hit the road running by providing employment through various investments coming to Portmore," Lee said.

He promised to fight corruption and to be transparent and accountable.