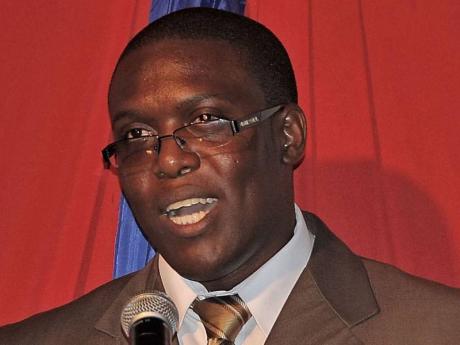 IT HAS been all of nine years since he was charged for breach of discipline yet, to date, because of the inactivity of his superiors, the affected sergeant of police has been left in limbo and his attorney thinks he is a victim of internal injustice.

While the sergeant continues to work, he is forbidden from sitting promotional examinations, crippling his chance for upward mobility within the Jamaica Constabulary Force (JCF).

"Since taking this matter over seven years ago; and having successfully marshalled evidence at a court of enquiry convened by the JCF, the enquiry is in abeyance, because the notes of evidence cannot be found and, based on reports I have received, was destroyed," said attorney-at-law Olive Gardener, who is representing the affected policeman. "To make matters worse, repeated efforts to have the matter retried have not proven successful."

"This is a travesty of justice for a man who has given the constabulary force more than 20 years of impeccable service, with no other record of indiscipline ... he is one who is dedicated to serve his country," continued Gardener.

Franz Morrison, chairman of the Police Federation, intimated that he was not familiar with the case and opted not to comment on Gardener's claim of injustice. He nonetheless expressed an interest in making representation to the Office of the Commissioner of Police on the sergeant's behalf.

However, attorney Gardener was in no mood for another round of internal intercession on behalf of her client and wants a speedy resolution of the matter.

"My client has had enough," Gardener said on Friday. "We sat out the entire 2011 and no one, no entity, no agency made contact with us. No one showed an interest in having the matter cleared up and we cannot wait another year as they play around with my client's career," the attorney said.

The allegations against the sergeant are that, in September 2003, he was travelling in his private vehicle along the Christian Pen main road in St Catherine, when he had a near collision with an Isuzu pickup, which was driven by a popular businessman from upper St Andrew.

In the aftermath of the incident, the sergeant, who was assigned to the Bureau of Special Investigations at the time, but was off duty, got into a heated argument with the businessman.

In his report on the incident, the policeman stated that the businessman reversed his vehicle into his car, effecting damages, and then sped off.

The cop said he engaged the pickup in a chase and, when he pulled alongside the vehicle, he identified himself as a police officer and ordered the driver to stop. Instead of stopping, the businessman allegedly accelerated and slammed into the back of his car, pushing it towards a nearby river.

The sergeant said another chase ensued and, on entering a bridge along the Caymanas main road, the Isuzu driver tried to push his car against the bridge rails as the vehicles ended side by side.

Fearing for their lives, the policeman reported that he discharged two rounds in the air from his service pistol.

The cop claimed that the driver "again tried desperately to use his pick up to push my car over into the river ... I again fired four or five more rounds; this time towards the vehicle, and the driver sped off ...".

The businessman was subsequently stopped at the Ferry Police Station where a report was made by the cop; and the businessman also lodged a statement.

The lawman was subsequently placed on interdiction via Force Orders dated September 25, 2003, and a file submitted to the director of public prosecutions (DPP) for a ruling.

On August 22, 2005, the DPP ruled that disciplinary charges in respect of an assault on the businessman be preferred against the lawman. He was reinstated to the JCF and transferred to the Organised Crime Investigation Division.

In February 2006, the cop was served with charges resulting from the incident to face a Court of Enquiry panel. However, a court hearing was not convened until November.

The second court hearing took place a year later in October 2007, but the case was adjourned without another date being fixed and, despite representation by attorney Gardener and the sergeant to the Office of the Commissioner of Police, other departments within the JCF; to include the Police Federation, the Ministries of Justice and National Security, and the Office of the Public Defender, the matter remains unresolved.

On one occasion, the policeman, seeking to expedite the proceedings, visited the office of the subofficer prosecuting the matter and he was told that the case was now in the hands of the disciplinary panel - a unit created to hear outstanding court of enquiry matters.

However, checks with the JCF disciplinary branch revealed that the matter could not be dealt with by the panel and would be returned to the court of enquiry.

Among the documents obtained by The Gleaner from the attorney is a letter of complaint addressed to the national grievance board, where the policeman said the prosecuting officer, on hearing that the matter would be returned to the court of enquiry, informed him that he had destroyed the notes of evidence.

The sergeant was also told that the inability to get a witness, who is employed as a bus driver to a prominent high school in St Elizabeth, to attend, was among the reasons for the protracted delay.

The last time a hearing was convened on the matter was in November 2009. However, his attorney was unable to attend and it was adjourned indefinitely.

In the meantime, his applications for re-enlistment have been reduced to one-year contracts and he has featured on the list of ineligible applicants for promotion ever since.

A high-ranking member of the JCF who spoke to The Gleaner on condition of anonymity said such a move by the cop's legal counsel might prove detrimental to his future as a member of the constabulary.

"Going public with such a matter runs in contravention of the force's procedural guidelines. This might not be in his best interest," the senior cop stated.

"I have heard about these situations, but have not had to deal with any that is so controversial, so I cannot speak intimately on the matter," he added, "but provisions are made in the JCF for its members to get redress."